Mthabisi Tshuma, Sunday News Correspondent
INGUTSHENI Central Hospital in Bulawayo has been caught in an abuse storm with allegations that mental patients were being physically abused.

This has come to light after former inmates and workers exposed the matter during investigations by this publication. The institution has also confirmed that the abuse of mental patients has come to the attention of management and investigations were underway.

Circumstances leading to the abuse storm are that inmates have over the years been allegedly subjected to beating, forced cleaning and washing of dishes. Ingutsheni, located at Belmont in Bulawayo is the country’s largest mental health referral institution. It offers psychiatric, also known as mental health care and deals with among other mental issues, depression and anxiety.

At one of the wards, Khumalo Ward, there have been reports that staff members allegedly beat up inmates. In a telephone interview, Ingutsheni Central Hospital chief executive officer Dr Nemache Mawere confirmed the alleged acts of violence and said that investigations were underway to bring the culprits to book.

“The issue has come to light and we are currently doing investigations where we want to establish if the abuse is staff to patient or patient to patient. This is something that cannot be left unattended and there are possibilities that such rumours are true,” said Dr Mawere.

Dr Mawere highlighted that overcrowding at some of the wards can be fuelling such actions.

“At wards like the Khumalo Ward, the carrying capacity is around 98 but currently the ward houses over 140 inmates which is a cause of concern. As an institution we are also in the process of educating more of our staff on the need to practice their profession to perfection and follow all ethics. It is worrying that such issues are coming to light from former staff who are not with the institution and only open up on such a serious issue when they have left the place,” said Dr Mawere.

Mental health activists and former staff members who spoke to Sunday News bemoaned the abuse and said urgent action should be taken on the staff’s actions. One of the victims, a former inmate Mrs Sipho Mazibuko who now champions “ills against mentally challenged people” said she once fell victim to the abuse.

“Recently a lady came to me to talk about the abuse after she had come out of the institution. Sadly, she was readmitted recently and her sisters are complaining about the state at the institution. I myself was admitted to St Mary’s ward 10 years ago and I was also hit by a nurse when I refused to wash dishes. I also refused to shine the floors and I clearly told them that I knew my rights as a patient,” said Mrs Mazibuko.

She said however, some of the nurses were very professional.

“In order to stand up for the inmates I have formed a trust called Mental Voices whose main aim is to fight stigmatisation. The trust also aims at highlighting issues such as abuse of mental health patients at their homes as well as in hospitals,” she said.

A former staff member who is now a nurse in the United Kingdom and spoke on condition of anonymity said she witnessed the abuse by other staffers.

“The abuse has gone out of hand and it was spearheaded by a nurse at the Khumalo ward. He would beat up patients and force them to do cleaning duties. The reason why I did not report the issue was fear of victimisation,” said the former nurse. 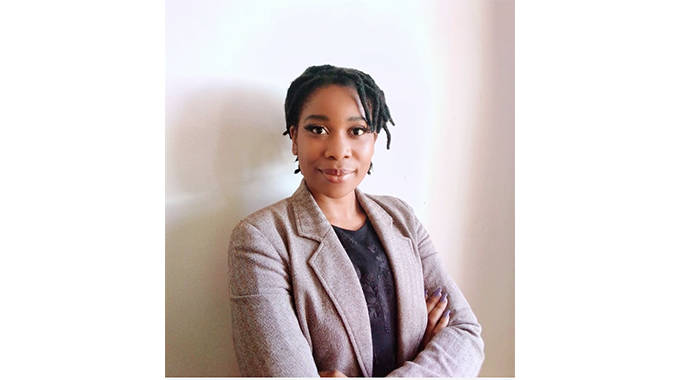 “Rehabilitation centres are a place where people are assisted to be healthier and better. It’s disturbing to hear rumours of abuse in an institution that should be a safe space for people who are often victims of abuse already. But with every institution when it comes to rehabilitation there are activities like washing dishes that those admitted take up and the question that arises in this instance is that on admission the contract of admission does it clarify what activities are given to patients and is there a justification, if there is none then we worry. A full investigation must be undertaken to hold those responsible accountable of any unjust behaviours and activities taking place there,” said Ms Masuku.

Ms Masuku said with the rise of mental health cases this must be handled with utmost care and urgency.

“I only hope that the director of Ingutsheni Hospital will take this as an opportunity to revise and update the system of Ingutsheni. As an organisation we once had a stakeholders meeting with MPs, aldermen and councillors and one of the biggest challenges shared was on the issue of admission. The whole process is taxing. It makes it difficult for those who wish to support those needing help to be there fully. Other young people have also shared the same challenge where they have been turned away because of not having a referral letter.

“I however, understand that with the lack of funding and the overwhelming numbers that the institution tends to absorb, it does take a toll on the staff. It’s easy to criticise but on the other hand the institution is doing all it can to help a large population and for that we can only be grateful for the work the staff does on a daily basis despite Covid-19 and underfunding.”

Newer Post
90 percent of Covid-19 deaths not vaccinated
Older Post
The medical prophet and his Covid-19 war…New normal, NO!, there is nothing normal with widespread infection, mass hospitalisation, mass sickness, mass deaths