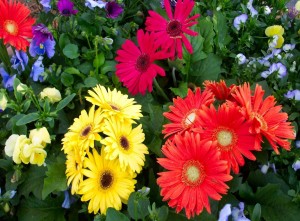 Hortiflor Zimbabwe will be held from October 9-11 and is expected to attract buyers, suppliers and growers.

INTERNATIONAL horticulture players will in October converge in Harare for the fourth edition of the horticulture and floriculture show, Holland-based HPP Exhibitions has announced.

The Hortiflor Zimbabwe Fair was last held at the Harare International Conference Centre in 2000 as Agriflor Fair, the country’s premier flower show back then. About $86 million was earned from flowers alone during the same year at a time the country was the second largest exporter of cut flowers in Africa after Kenya and the third largest in the world.

Hortiflor Zimbabwe will be held from October 9-11 and is expected to attract buyers, suppliers and growers.

“I am not new in Zimbabwe. I have held three flower shows at the HICC and I am here to finish what I started. I still have work to do here by promoting the industry by bringing suppliers, buyers and growers together,” HPP International Exhibitions chief executive Dick van Raamsdonk said last week.
“I was at the airport in Frankfurt where I read an article quoting Agriculture Deputy Minister Davis Marapira on government’s intentions to hold workshops with stakeholders on how best they can explore European markets and that is when I made the decision to come back to hold a horticulture show in Zimbabwe,” van Raamsdonk said.

He has been holding horticulture shows all over the world for 35 years, including in Kenya, Ethiopia and the Netherlands.

The International Floriculture Trade Expo in Kenya attracts 250 companies from all over the world.
“I am going to bring in international buyers, suppliers and growers to exhibit and to visit. Zimbabwe was number two and you lost that place to Ethiopia big time.

“Zimbabwe has the potential, it has the history and the name, so why not bring Zimbabwe back and put it in third place. I have been working on these exhibitions for years and I have that name internationally, so it is going to happen and they follow,” said a positive van Raamsdonk.

“There are people who are ready to invest; there are those who want to see if they can buy something, so buyers will come. This is what I do and I am sure that it will attract a lot of traffic,” he added.
Despite the changes in the agriculture sector brought about by the land reform programme, van Raamsdonk was confident that small scale farmers will attract buyers.

“There are brokers who buy from small scale farmers. It is the same concept in Kenya and it has been very successful. What I know is that this show will be a yearly event. This is not a short-term job, it has to be done long-term. It will take years to bring it to the same level as Kenya. I have been in Kenya for six years where I started with a small exhibition but today it holds one of the largest floriculture shows in the world,” he said.

The show is expected to give stakeholders in horticulture a feel of what is happening in the sector worldwide.

“What Zimbabwe needs is to get this machine moving. You already have the machine, you just need to remove the rust and get the sector moving. The demand for horticulture products is there but the supply is poor,” said van Raamsdonk.

Principal markets for Zimbabwe include the Netherlands, South Africa with the balance going to Australia, the Far East, Germany, United Kingdom and the United States.