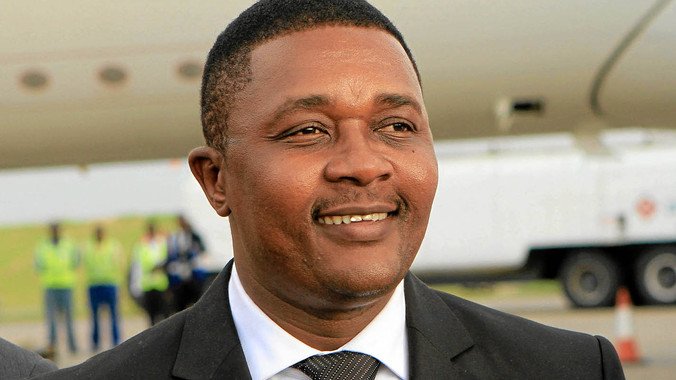 The State yesterday told a Harare Magistrate’s Court that it had started extradition proceedings against former Foreign minister Walter Mzembi from his hideout in South Africa after abandoning a plan to kidnap him using State agents to bring him to Zimbabwe.

Mzembi, together with Aaron Mushoriwa and Margret Sangarwe, are accused of theft of trust property amounting to $1,8 million which was meant for the United Nations World Tourism Organisation conference which the country hosted in 2013.

During an application for removal from remand filed by Mushoriwa and Sangarwe yesterday, Brian Vito, representing the State, said: “Previously, we wanted to extradite him (Mzembi) through State agents in Zimbabwe and South Africa, but that has not borne any fruit. We have sought to formalise the extradition and, as I speak, Zimbabwe Anti-Corruption Commission (Zacc) is making a request through Interpol to place the accused person on the red alert. This means South Africa authorities will be on the lookout for him.”

Vito said they have to ascertain first if Mzembi was in South Africa before putting him on red alert. He further said his counsel has not been helpful so they had to approach Interpol to ascertain his whereabouts because they cannot rely on social media.

“Whatever arrangements we have been making have now been formalised through Interpol. We had not taken this stance because we believed Mzembi will return to Zimbabwe upon completion of treatment. It does not appear he is receiving treatment either and his lawyer has not been of any assistance to this court,” Vito said.

Vito tendered a letter written by Zacc to Interpol, but Mushoriwa’s lawyer Farai Mushoriwa argued that the letter tendered did not constitute an extradition in terms of the Extradition Act and is not supported by relevant documents to ascertain the position and state of the process to bring him to Zimbabwe.

“Interpol does not play any role in the extradition of an accused person. The State must concede and remove my client from remand. Another option was to separate these cases, but the State refused to do that. The rights of the accused persons are being violated and we seek the court’s protection. The court should send a clear message to the State that the court will not be used to trample on rights of accused person,” Mushoriwa told court.

Magistrate Hosea Mujaya, however, dismissed the application for remand refusal, saying this was the last chance for the State to postpone the matter and will remove them from remand if they failed to start trial.

Mujaya also said the State did a shoddy job in trying to bring Mzembi from South Africa.

The matter was postponed to July 30 for trial.