‘It was a time of immense hope’: Zimbabweans reflect on fall of Mugabe

It’s one year since the Zimbabwe army seized control of the country, rolled their tanks onto the streets of Harare and forced longtime leader Robert Mugabe out of power.

Source: ‘It was a time of immense hope’: Zimbabweans reflect on fall of Mugabe | News24 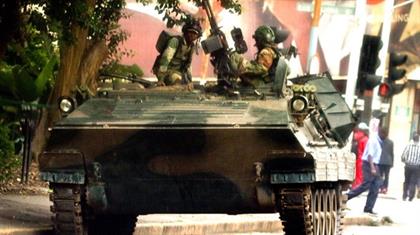 It’s one year since the Zimbabwe army seized control of the country, rolled their tanks onto the streets of Harare and forced longtime leader Robert Mugabe out of power.

Back in November 2017, tens of thousands of jubilant Zimbabweans poured into central Harare to back the army operation dubbed ‘Operation Restore Legacy’. 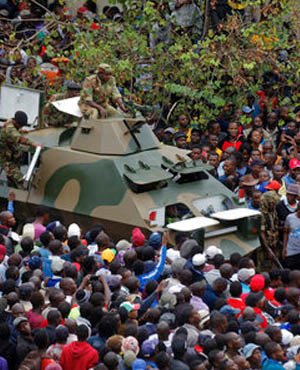 Many hoped the coup would restore Zimbabwe’s fortunes; that someone, anyone, other than Mugabe would turn the country’s fortunes around.

Activist and rights lawyer Doug Coltart, who marched in the streets of Harare, said this week that the hope last November was that there would be “a fresh start” for Zimbabwe.

“It was a time of immense hope; we saw the imminent end of Mugabe’s reign and hoped that with it would end ‘Mugabeism’ as well,” he told News24.

The late opposition Movement for Democratic Change (MDC) party leader Morgan Tsvangirai held a press conference a day after the military takeover to call for a “transitional mechanism”.

With hindsight, some think the MDC was too quick to support the impeachment process that forced Mugabe’s resignation on November 21. They say that MDC MPs should have squeezed concessions out of Zanu-PF that might have led to comprehensive democratic reforms and fair elections.

In the wake of an election victory for President Emmerson Mnangagwa that the opposition still hasn’t accepted, and a deadly army crackdown that left six dead on August 1, Zimbabweans now reflect on lost opportunities.

Maj. General Moyo says “normalcy” will soon return to #Zimbabwe and President Robert Mugabe and his family are “safe and sound.” https://t.co/dQRz0mlP1c

An economic squeeze is worsening. More than 10 years after a hyper-inflationary crisis, Zimbabweans once again face rising prices and shortages of basic goods.

Columnist Siphosami Malunga believes Zimbabweans were too quick to leave the streets last November. They should have stayed , “pushing for the reforms they desired” he wrote in a column on news website Bulawayo24.

“It was up to the people to stake their claim in deciding the future direction of the country. Instead they walked away and left that to the people who had removed Mugabe to share the spoils,” he said.

What has Mnangagwa done?

Others have been asking if Zimbabweans would in future be as quick to support the army.

“What has Emmerson Mnangagwa done for Zimbabwe since taking over the presidency?” asked activist and student leader Makomborero Haruzivishe on Twitter. “If we are to rewind, would you march in support of the coup again?” 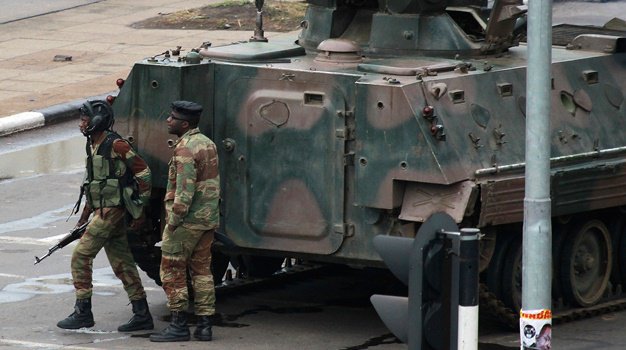 A military tank is seen with armed soldiers on the road leading to President Robert Mugabe’s office in Harare. (Tsvangirayi Mukwazhi, AP)

Recent shortages and price hikes have resurrected fears of another economic meltdown to match the 2008 one under Mugabe’s watch.

The economic uncertainty has strengthened the hand of the MDC, whose leader Nelson Chamisa has stepped up threats of mass protests.

“I think what is clear is that following the coup, the promises that were made have not materialised. The promise of a new dispensation has turned out to be just rhetoric,” he told News24.

An armoured personnel carrier stations by an intersection as Zimbabwean soldiers regulate traffic in Harare on November 15, 2017. (AFP)

“The only way forward is (for the government) to engage the international community in a sincere way, which includes sufficient irreversible reforms in terms of governance and human rights.”

But not everyone is pessimistic

Rights lawyer Coltart says he believes a foundation was laid by the momentous events of last year.

“I do hope that what happened on the 18th of November last year can be built upon,” he said. He said it was his hope that “ordinary people will realise that they do have a voice and that there are things that we can do to hold our government accountable”.