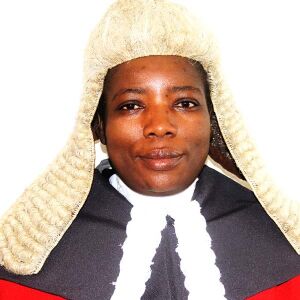 BY DESMOND CHINGARANDE
HIGH Court judge, Justice Slyvia-Chirawu Mugomba has ruled that she has no jurisdiction to hear an application by her former colleague Justice Erica Ndewere, who was seeking reversal of findings by a tribunal against her.

Justice Ndewere was fired from her post on June 17, 2021 for gross incompetence and misconduct.

However, she challenged the findings by the tribunal led by Justice Simbi Mubako, Charles Warara and Yvonne Masvora saying they had no authority to investigate her.

She argued that the tribunal failed to make a determination on some preliminary issues, including failure to provide her with documents.

The former judge also said the tribunal found her guilty of gross incompetence when the charge was not part of the initial reasons for the referral of her matter by the Judicial Service Commission (JSC).

She also submitted that the tribunal ignored her uncontroverted evidence on her health status, among other issues. Justice Ndewere sought an order setting aside the recommendations and the subsequent decision to remove her.

She also demanded reinstatement without loss of benefits and salaries from the date she was fired plus costs.

All the respondents challenged her on the grounds that she had approached the Labour Court in Case No LCH/319/21 by way of an appeal.

The tribunal also argued that there was fatal non-joinder of the JSC to the proceedings.

Justice Ndewere’s lawyer Beatrice Mtetwa insisted that the court had jurisdiction, especially in view of the High Court Act, which specifically refers to decisions of all tribunals being subjected to review.

But Justice Mugomba said she could not interfere with the President’s decisions.

“Using the same reasoning, in my view, what can be reviewable by this court before the President acts is the process by which the tribunal makes its recommendations. This is more so given the fact that the tribunal is an administrative authority, unlike the first respondent who is not covered in the definition as set out in the Administrative Justice Act,” Justice Mugomba ruled.

“I do accept that the court has held that sometimes, the prerogative power of the President can be subject to review.”

The judge said once the tribunal makes a recommendation, the President has no choice, but to implement it.

“It must also be understood that the President plays no part in the investigation or inquiry on whether or not a judge should be removed,” she said, adding that he merely receives recommendations and acts on them.

“I emphasise again that the first respondent has no discretion once a recommendation is made whether it is for removal or non-removal. The court declines jurisdiction.”