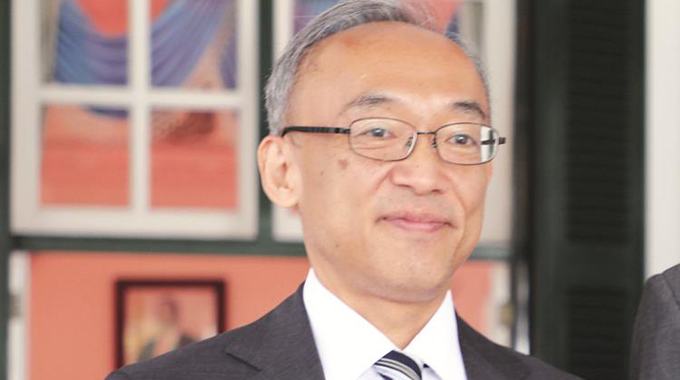 BY KUDAKWASHE TAGWIREYI
THE Japanese government has pledged to support Zimbabwe in areas such as education, land mine clearance, agriculture, health and the support for vulnerable youth to the tune of US$943 312.

In a statement yesterday, Japanese ambassador to Zimbabwe Satoshi Tanaka said: “Japan is funding five new grassroots projects in the areas of education, land mine clearance, agriculture, health and support for vulnerable youths with a total amount of US$943 312. The projects are being funded through the Grant Assistance for Grassroots Humanitarian Projects Assistance (GGP) or Kusanone scheme.”

He said some of the projects would include construction of classroom blocks and latrines.

Mine clearance will be carried out in Mashonaland Central province and will be implemented by Halo Trust, which has already cleared 1,3 million square metres and removed more than 27 000 landmines to ensure the communities are safe.

Hospitals in Masvingo will also be equiped to the tune of US$27 876.

Over the years, communities around Zimbabwe have benefited from the support provided by the government of Japan under the GGP scheme.