By Simba Chikanza| Former Higher Education Minister Prof Jonathan Moyo has come out in public, physically, for the first time since the military coup that saw former President Robert Mugabe being removed. 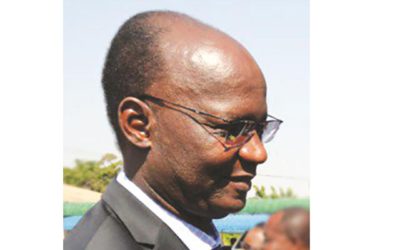 Jonathan Moyo who was on the 15th November 2017 raided by soldiers while sleeping at his colleague, Saviour Kasukuwere’s house, was (as said) “miraculously” assisted out of Zimbabwe a day before Robert Mugabe had resigned during the coup.

The only other time, Prof Moyo appeared on video was on the BBC Hard Talk program but it was a pre-recorded footage and one which was via an online streaming service from an undisclosed location.

The below is an excerpt of the video recorded interview and the FULL VIDEO will be streamed on the SABC channel tomorrow at 9.30pm (Pretoria time).