The judge who ordered Old Mutual to reinstate its axed CEO, Peter Moyo, has recused himself from the insurer’s prolonged legal battle. 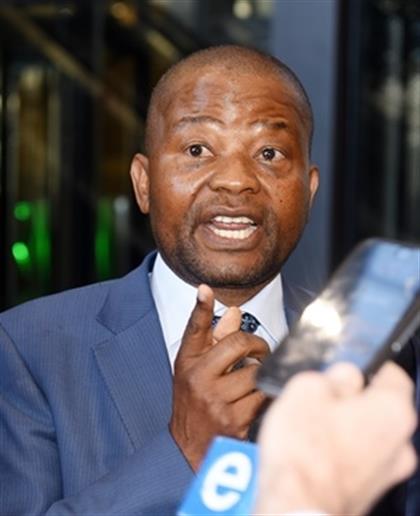 The judge who earlier in the year ordered Old Mutual to reinstate its axed CEO, Peter Moyo, has recused himself from the insurer’s prolonged legal battle against its former head.

Old Mutual has lost around 13% of its market value since Moyo’s suspension in late May.

Judge Brian Mashile on Friday agreed to step aside from the contempt of court case that Moyo’s lawyers filed after the insurer refused to reinstate him. Old Mutual is arguing that it was not in contempt of court, despite disobeying a court order when it barred Moyo from entering its premises after the court reinstated him.

Since that reinstatement ruling, Moyo’s lawyers have accused Old Mutual of five more counts of contempt.

One of those charges relates to the insurer’s board chair Trevor Manuel’s utterances during a media briefing in September, where he said a board’s decision could not be overruled by “a single individual who happens to wear a robe”. Although Manuel apologised for those remarks, Moyo’s lawyers said it was another act of contempt that Mashile would have to make a ruling on.

As a result, Old Mutual filed an application with the Johannesburg High Court late in October, asking Mashile to recuse himself from presiding over that case, saying it would be wrong for him to rule on a case where he is cited as “an affected party”.

After Friday’s ruling, Moyo’s lawyer, Eric Mabuza, said they would immediately file an application to get a new judge to hear that case. He said while Old Mutual won the recusal application, the insurer had actually “scored its own” because this means the matter cannot be delayed any longer.

“It was a legal strategy to delay that case. I think it’s one case that neither of us were happy to win,” said Mabuza.

As the contempt of court case was supposed to be heard in November, the recusal application has delayed it until next year.

Mabuza said since Old Mutual won on Friday, it meant nothing could delay that case anymore. He said it would likely be heard in January or February.

Old Mutual said it welcomed and respected Mashile’s decision to recuse himself, but added that it had not wanted to take this step in the first place.

“Old Mutual, despite asking them [Moyo’s legal team] to remove this reference [about insulting Mashile] from their contempt papers, had no choice but to apply for the judge’s recusal when they refused to do so. The decision to proceed with the recusal application was a difficult one, ” said the company in a statement.