Heavy rains have been pounding the district since last night.

The town’s oldest suburb (Dulivhadzimu), which is in a low lying area has become a common flooding zone.

Beitbridge Mayor Munyaradzi Chitsunge said the rains have destroyed roads while sand has also blocked sewer pipes.
“The bus rank area has been flooded although not as bad as the last time. 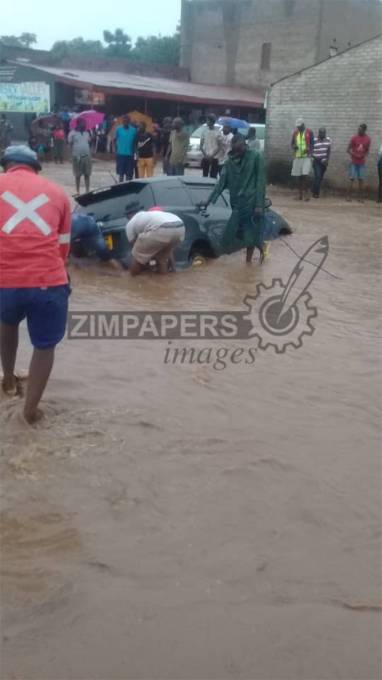 “Flowing rainwater has washed away the soil. You will note that our soil is loose so each time we have rains, more and more soil is washed away creating those ditches which the motorists unexpectedly fall into,” said the Mayor.

He said as a long term solution to flash flooding, they will procure more earth moving equipment to attend to roads and the drainage system.

He said they were also considering moving people from the old hostels which have become a perennial area of flooding.
“We need an investor who is willing to put up some sort of apartments where the ground floor is mearnt strictly for parking with a good drainage as part of our urban renewal.
“The WaMlala River needs a properly designed wall to accommodate the water flow during heavy rains,” said Mayor Chitsunge.