JUST IN: Mutare in cholera scare 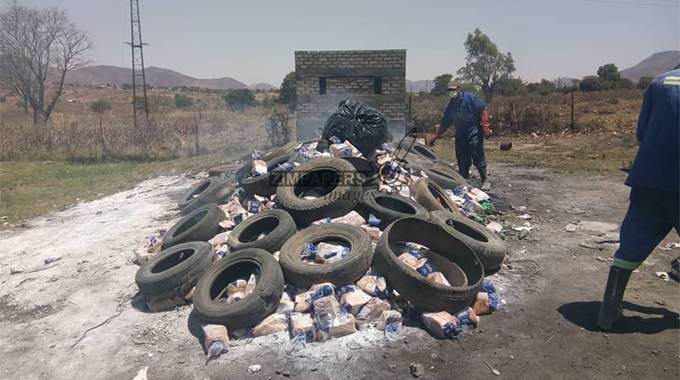 The bread being burnt.

Daniel Mhonda Mutare Correspondent
AUTHORITIES in Mutare are on high alert after a confirmed case of cholera was recorded on Wednesday and another suspected case was reported in Marange.

He said the patient, a truck driver for a bread making company, lives in Budiriro suburb in Harare, one of the epicentres of the epidemic. He said the bread that was being delivered by the driver had been destroyed.

“I can confirm that a single case of cholera has been confirmed in Mutare. It was reported today (Wednesday) in the morning, and is believed to have been imported from one of the cholera epicentres — Budiriro suburb in Harare. The case is being managed at our district hospital and the patient is in a stable condition,” he said.

“We have also recalled the bread from the bunch that was distributed by the crew and we destroyed all the bread which was handled by this particular individual.”