Political Editor
President Mnangagwa has saluted Zimbabweans for remaining resolute in defence of the country’s sovereignty during a difficult yet productive year that saw the country registering successes across the economy.

Addressing the 114th Central Committee at the governing party headquarters in Harare, the President and Zanu PF’s First Secretary commended the party for living to the dictates of the constitution. 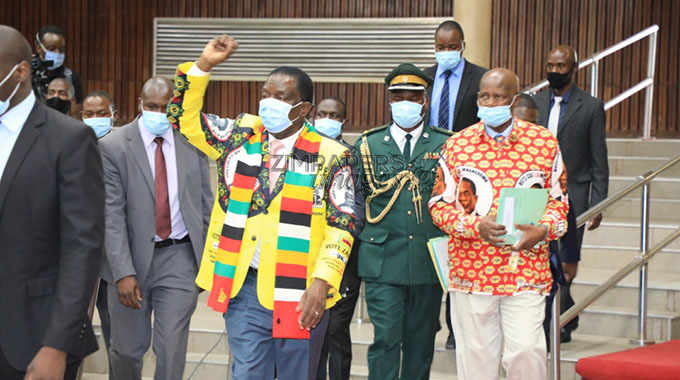 “The year 2020 which we themed, “A year of production towards Vision 2030” has been unique and yet productive, as we registered important milestones across all sectors of our economy.

“I would like therefore to commend the Party and the Central Committee for living up to the dictates of our Party Constitution and also fulfilling our Conference Resolutions. The party’s support in the implementation of various policies, programmes and projects by central government and local authorities, has been invaluable. I equally applaud the Leagues of the Party and the citizenry of our country as a whole for remaining resolute in defending national sovereignty.

“In unity, we triumphed against the clandestine machinations and onslaught from our detractors which manifested through social media platforms and the foiled demonstrations. The prevailing spirit of unity, peace, harmony and hard-honest work must continue to strengthen our resolve as a revolutionary party and a democratic and peace loving nation.” 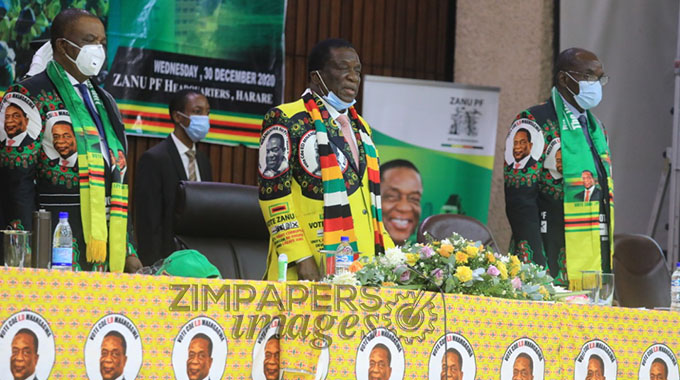 The President said as the country goes into a new year, Zimbabweans must remain vigilant and alive to the threat posed by the country’s detractors who have poured millions of dollars towards regime change.

The Central Committee meeting was supposed to have been held ahead of the National People’s Conference that was however postponed because of the Covid-19 pandemic.

In compliance with World Health Organisation (WHO) regulations to curb the spread of Covid-19, only five representatives from each province attended.