Scenes from Beitbridge Border Post around between 6 and 9 am where travellers are seeking to exit before the midnight suspension on cross border travel kicks in.

Scores of Zimbabweans and South Africans have thronged the Beitbridge Border Post seeking to exit before the suspension on general passenger and cross border travel takes effect by midnight today.

Most of the travellers arrived at the border by 8pm last night but were not able to cross into South Africa where authorities are implementing a curfew between 9pm and 6 am. 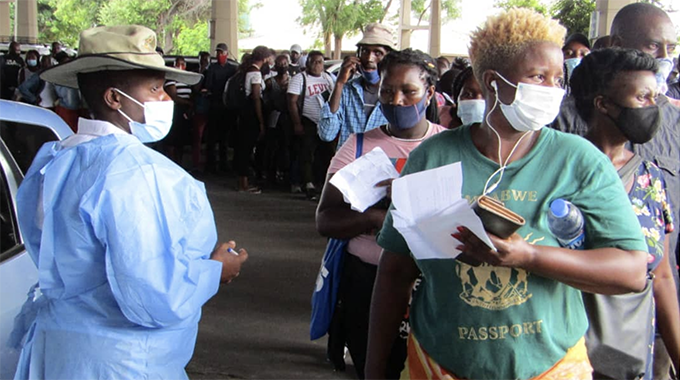 Only commercial cargo is being cleared on a 24-hour basis. 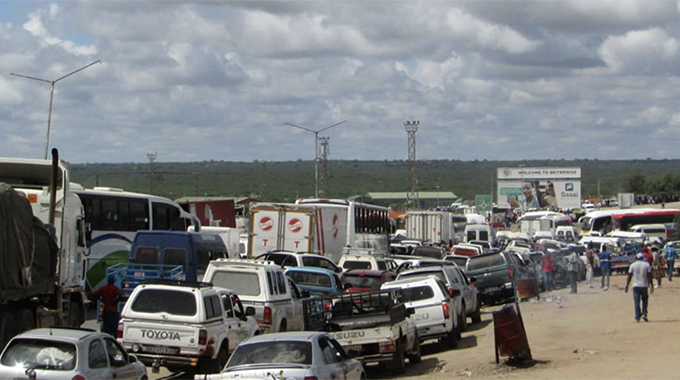 Returning residents and foreigners with valid Zimbabwean, residents, students or work permit will be allowed entry.

“I arrived here at 8pm last night but could not cross the border because of the curfew. 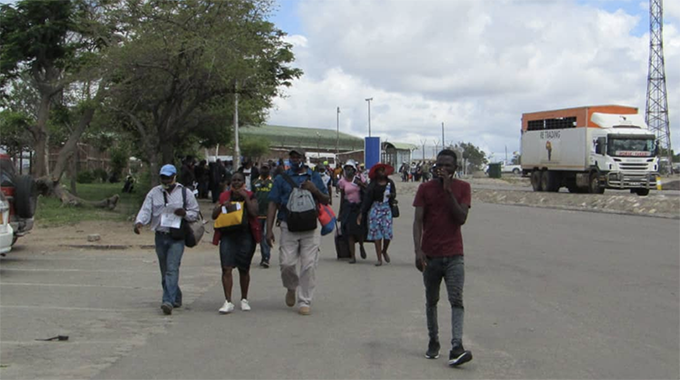 “As you can see, there are many travellers here  and motor vehicles but we are happy authorities have a system to move traffic as fast as they can,” said Mr Vusa Busimani Ncube.

Another traveller identified only as Mr Makhosi said he had arrived early at the border to beat the midnight deadline.

“We had to travel overnight , because we don’t want to have inconveniences when the travel ban is being effected.

“However, it is pleasing to note that more clearing points have been created by Zimra and Immigration. Things are moving,” said Mr Archy Rukweza. 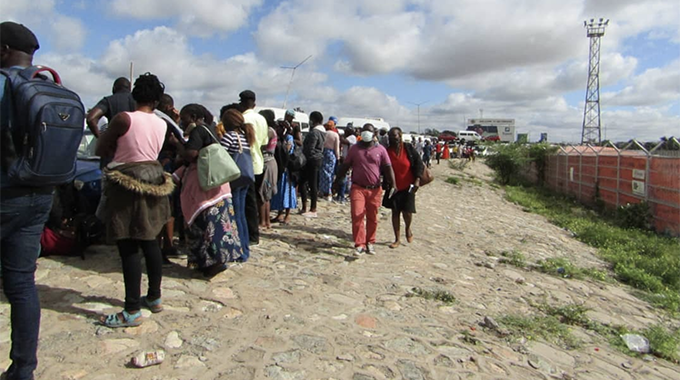 A border official who declined to be named said the target was to clear everyone at the border by 2 pm today.

“We have deployed enough and we have the army, the police and security guards marshalling queues for both human and vehicle traffic,” said the official.

The Department of Port Health has deployed more manpower to all entry and exit points to quicken the screening of travellers. 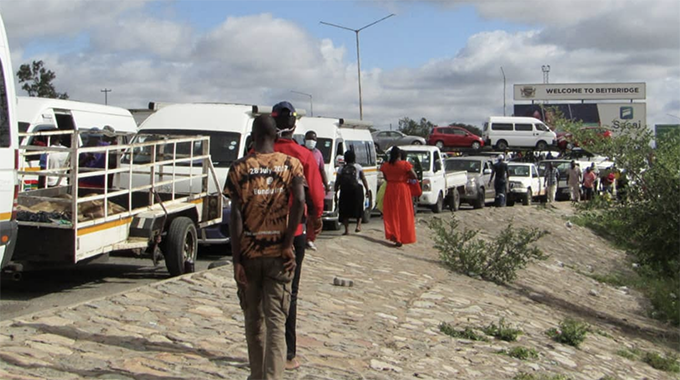 At the main entry gate immigration officials were observed screening travellers with and those without valid travel documents including Covid-19 clearance certificates.

Along the major highway leading to Bulawayo and Harare, municipality police and those from ZRP traffic were seen controlling motor vehicle traffic in a long but moving queue.