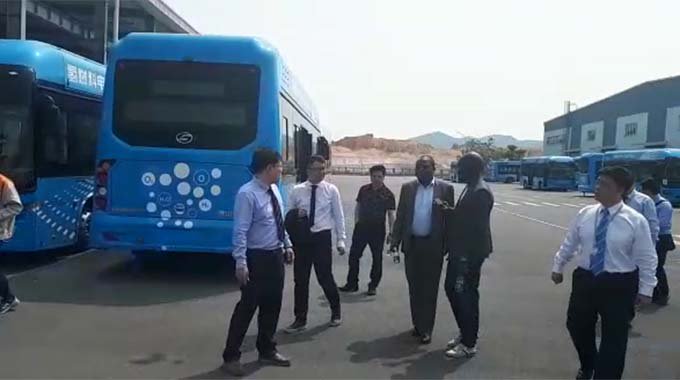 From Victoria Ruzvidzo in Beijing China
A local firm has secured $500 million worth of deals here set to help transform Zimbabwe’s agriculture, mining and transport sectors.

A $400 million was signed with China’s Lovol company that produces heavy machinery for agricuture and mining while a $40 million revolving facility was secured with Good Agro-Rising for the supply of chemicals for tobacco and other export-oriented crops.

Play the video below:

At least 1 500 buses would also be brought into the country to ease transport challenges in Harare and other towns following a public mass transport deal signed with Allen Bus.

Play the video below:

“We came here as a private sector contingent accompanied by technicians from the Ministry of Agriculture. Our mission was to sign public-private sector initiatives to help Zimbabwe’s economic recovery, ” said Mr Mapuranga

More deals are expected to be sealed, with a number of private sector players having come here ahead of the President Mnangagwa’s visit.