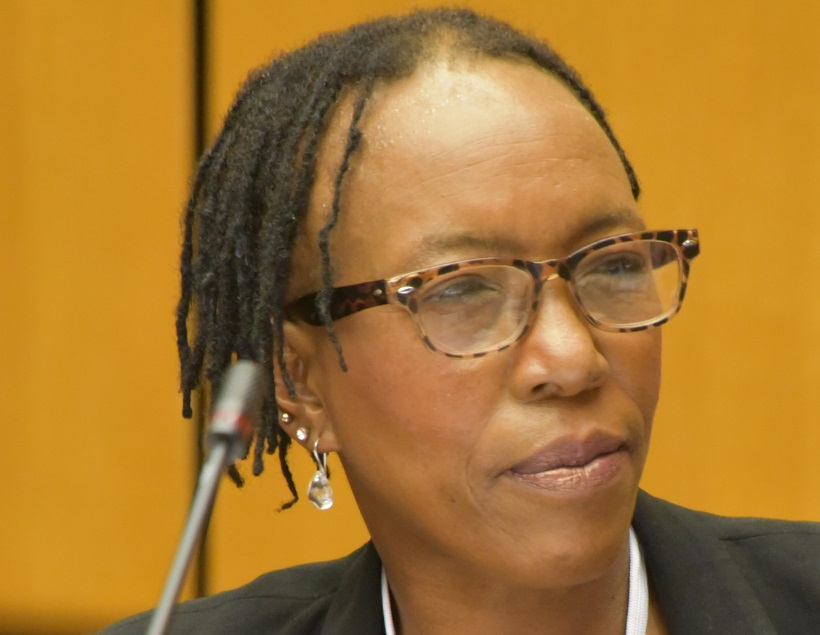 THE Judicial Service Commission (JSC) is keen on establishing why High Court judge Edith Mushore (pictured) has not been reporting for duty for weeks on end, amid concerns over the safety and health of the experienced judicial officer, The NewsHawks has learnt.

Sources say Judge President Maria Zimba-Dube has asked the JSC to establish where she is after she went absent without official leave. Mushore was part of the three-member panel, together with Jester Helena Charewa and Happias Zhou, which ruled on Chief Justice Luke Malaba’s extension of term case.

JSC secretary Walter Chikwana confirmed to The NewsHawks that Mushore has not been coming to work for some time now. “We are not sure why she is not coming. We are trying to reach her and find out what’s happening. The JP (Judge President) has asked about the issue, so did the CJ (Chief Justice). We are even trying to check with her relatives.

“But so far we have been unable to reach her; we will continue trying to talk to her,” Chikwana said.

Sources said Mushore is related to James Mushore, the former CEO and founder of NMB Bank, who almost became Harare’s town clerk after a long career in banking, only to be scuttled by political schemers.

Insiders said Justice Mushore, just like other VIPs in government, is entitled to security from the Zimbabwe Republic Police protection unit (PPU), as well as the Prison Service.

Justices Mushore, Zhou and Charewa ruled that Malaba’s tenure as Chief Justice ended when he turned 70 on 15 May, after President Emmerson Mnangagwa extended his term by five years following a controversial amendment of the constitution to allow for the extension.

The ruling was however overturned by Constitutional Court judges, despite the apex court judges being cited in the case.

Before the judges heard an application by the Zimbabwe Human Rights NGO Forum executive director Musa Kika — consolidated with that of the Zimbabwe Young Lawyers Association — against the extension of superior courts judges’ tenures, Justice minister Ziyambi Ziyambi and the, the JSC tried in vain to block the justices from hearing the case, fearing they would scuttle the power consolidation plan.

Justice Mushore is an experienced practitioner who has worked at The Hague in the Netherlands and at the House of Commons at Westminster in London. She is a sharp legal mind, who was a long-time advocate based at the Advocates Chambers in Harare.

From 1993 to 1999, she was the legal adviser (Africa) of the International Organisation of Consumer Unions at The Hague. Between 1987 and 1989, she was a parliamentary research assistant at the House of Commons. Before that, she had served as the corporate legal adviser for insurance giant Old Mutual.