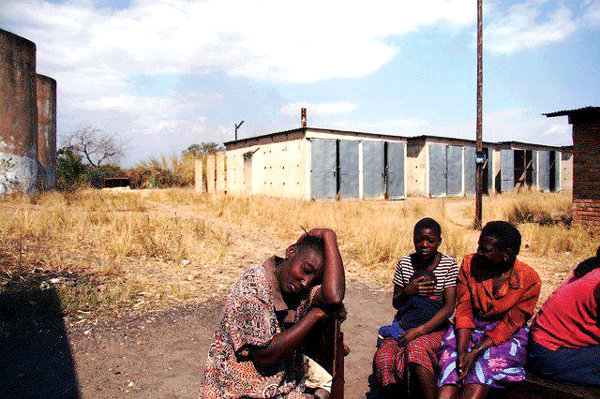 By Taurai Kufa Mabhachi
It never rains but it pours for the Mbire and Kanyemba residents who face imminent eviction from their ancestral lands to pave way for an irrigation co-operative managed by the Agriculture Rural Development Agency (Arda).

Their imminent displacement has been viewed as an act of great indifference which has caused panic, misery and anguish for the perpetually marginalised communities.

An exasperated resident of Kanyemba, Lilian Kachasu said the proposed development would result in loss of land and would turn them into mere workers.

“The Arda officials told us that we will lose our land to the project and we will become labourers.” The dispossession of their ancestral lands will be a bitter pill to swallow as they will be disempowered and vulnerable to exploitation instead of being the beneficiaries of development that should change their lives for the better. Kachasu  further claimed that the Kanyemba Arda is deceiving them into surrendering their land saying that they will be compensated with food and money for losing the land.

With the land which is the barest source of sustenance gone, endemic poverty will the order of the day as Kachasu explained that “taking some of our land will affect our livelihoods since we depend on our pieces of land for survival. I must also highlight that it is impossible that Arda can give displaced community members money and food handouts without them working for it.”

What is shocking observers is the trend where the new administration in the post-Robert Mugabe era seems to have a huge appetite for dispossessing local people of their ancestral land to any bidder under the mantra “Zimbabwe is open for business.” Another Mbire resident expressed despair over what will befall the community if the land is taken “we are facing eviction or partly facing eviction on the land (on which) we have been producing for our survival.”

Arda’s conduct leaves a lot to be desired and its current plans to partially or wholly dispossess residents of their ancestral land to pave way for an irrigation co-operative rather requires an empathetic approach.

The marginalised communities  are already extremely impoverished and will not be able to build new homes if they are displaced. What is scary is the fact that the government of Zimbabwe has previously failed to compensate communities that were displaced such as the Chiyadzwa villagers in Manicaland and the Tokwe-Mukosi victims. The same fate is likely to befall the people of Kanyemba. Whatever development Arda wants to bring will be alien to the citizens of the area and is not about them but for the benefit of others.

Government has an obligation to provide alternative accommodation to all displaced community members. The Constitution of 2013 provides important protections such as property right guarantees and safeguards against displacement. However, the laws and policies needed to ensure respect for those rights have yet to be put in place.

Displacements in Tokwe-Mkosi  provide  a source of real scare and if the same style of eviction is experienced by the Kanyemba resident to pave way for the irrigation project, life will be horrible for the displaced. The government of Zimbabwe seems to have a penchant for displacing people without considering the impact on livelihoods.

‘’The deafening silence from duty bearers in Kanyemba   means that Arda will proceed with its plans without considering the views of the affected community. Community consultations on how to proceed with the irrigation project, including on the eviction process and any compensation, seems to be shrouded in secrecy as authorities continuously evade answering pertinent questions.

The displacement of a community from its  ancestral land has spiritual, traditional and cultural implications.  Callous evictions without considering religious implications will prove extremely hurtful. This, therefore, means that Arda needs to come up with a well-thought-out plan to establish its irrigation project in Kanyemba which enhances the lives of the people rather than  cause anguish.

A Kanyemba resident only identified as Luke said Arda’s plans to displace people  from their ancestral homes near the pivot were inconsiderate, especially the vulnerable such as women, youths, and people with disabilities. He said eviction was “unfair and I would not be compelled to vacate my home unless they build a better home for me — at least a home under corrugated iron sheets.”

Although the co-operative scheme might, indeed, raise crop yields in the region, what Arda and the financial institutions supporting the scheme must ensure is that it truly benefits the community and does not force them into indentured servitude.

The people of Kanyemba are being subjected to unfair practices like eviction mainly because they are a marginalised community — ironically, because of their location, they also bore the brunt of the liberation struggle.

As a result of their sacrifices in that dangerous period, they expected to lead prosperous, peaceful and comfortable lives after independence — but their challenges are apparently far from over as their marginalisation is being further entrenched.