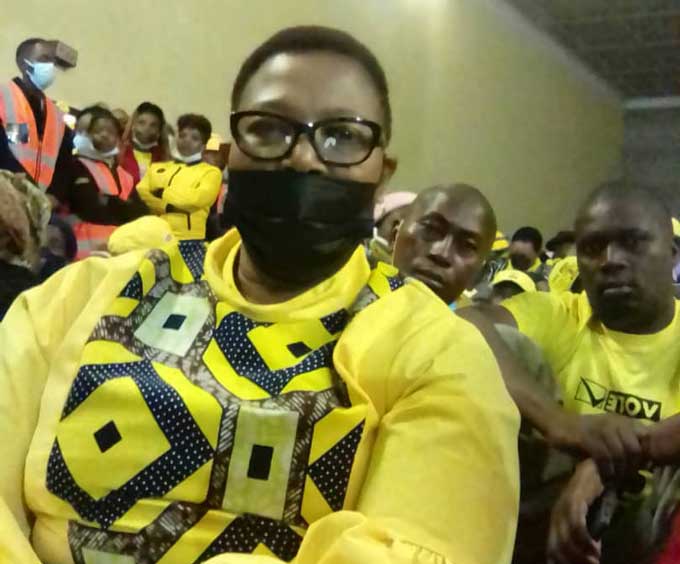 Khupe was clad in CCC’s yellow party regalia as she attended the provincial meeting held at Mc Donalds Hall in Makokoba suburb as an ordinary party member.

There was commotion before the meeting as CCC youths attempted to block her from attending, forcing Chamisa to step-in, saying the newly-launched party was not discriminatory.

“Today, I attended my first meeting as a CCC member addressed by President Chamisa in Bulawayo, in Mc Donald Hall,” Khupe posted on Twitter yesterday evening.

Chamisa said he felt encouraged by the Bulawayo meeting.

“Great conversations on citizens at centre of strategy, structure, culture and the transitional agenda. A new great Zimbabwe loading.”

Khupe announced her support for Chamisa just before the March 26 by-elections after going separate ways with Douglas Mwonzora following a fight over the control of the MDC-T.

But other CCC leaders including interim chairperson Tabitha Khumalo had publicly vowed to block Khupe from joining the opposition party.

Khupe, who was the MDC-T leader before she was ousted by Mwonzora, was instrumental in dismantling the MDC Alliance, after the 2018 elections.

The two were accused of working with President Emmerson Mnangagwa to create a one party state by launching an onslaught against the country’s then largest opposition movement.

Mwonzora and Khupe continue to deny the allegations.