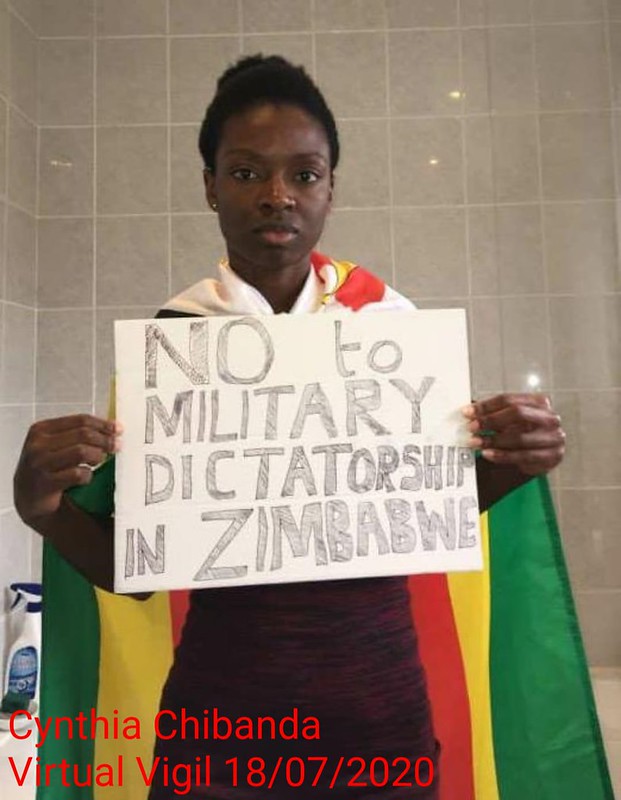 The extent to which the so-called MDC leader Thokozani Khupe has sold out to Zanu PF is exposed in documents seen by Zimlive.

Khupe and 20 other fringe candidates altogether gained less than 5% of the vote in the 2018 presidential election, which the military-controlled electoral commission claimed was won by Mnangagwa with 50.67% of the vote, ahead of Nelson Chamisa with 44.39%.

Although she personally gained only 45,000 votes in the election, Zanu PF have gone to great lengths to portray her as the legitimate MDC leader in succession to the late Morgan Tsvangirai, diverting state funding to her minority MDC faction.

Zimlive says she was due to lead a delegation to the United States in March from the Zanu PF-created Political Actors’ Forum (POLAD), which has been boycotted by Chamisa. The trip was cancelled because of the coronavirus outbreak.

The Zimlive documents show how a public relations firm hired by the government to improve its image in Washington lobbied American officials and lawmakers on Khupe’s behalf.

The firm described the POLAD team as ‘a truly diverse and representative delegation comprised of 17 of the political parties of Zimbabwe. As such, it represents the vast majority of Zimbabwe’s citizens as well as the vast majority of opposition parties, including leaders who put their lives on the line fighting for the ouster of the former tyrannical president Robert Mugabe.’

The documents include letters from Khupe to Tibor Nagy the top US diplomat for Africa in which she gave full backing to Mnangagwa’s regime, claiming it was ‘a new day in Zimbabwe’. She insisted that POLAD represented ‘a majority of Zimbabweans electorally’.

Zimlive says Khupe was intent on taking up Zanu PF”s sanctions grievance with US officials, ‘letting slip’ in one of her letters that Zanu PF officials were angry that they were unable to open bank accounts in the US and other countries (see: https://www.zimlive.com/2020/07/16/lobbying-firm-paid-by-zimbabwe-does-khupes-bidding-in-washington/).

The extent to which Zanu PF has corrupted civil society is shown by the abject attitude of Jimayi Muduvuri, described by the Herald as ‘patron’ of the Zimbabwe Amalgamated Council of Churches. He condemned demonstrations planned by the opposition for 31st July saying that they ignored the threat posed by Covid-19 and claimed that opposition demonstrations often ended in violence. Muduvuri did not criticize the planned anti-sanctions demonstration by Zanu PF planned for the same day (see:https://www.herald.co.zw/just-in-churches-condemn-demos/).