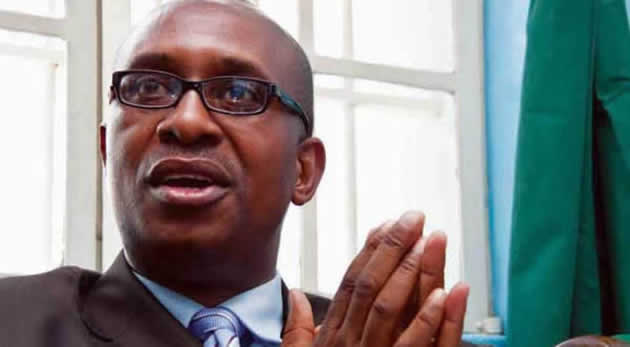 The MDC-T led by Thokozani Khupe is forging ahead with its preparations for the forthcoming elections, extinguishing any chances of reconciliation with the mainstream party led by Nelson Chamisa. 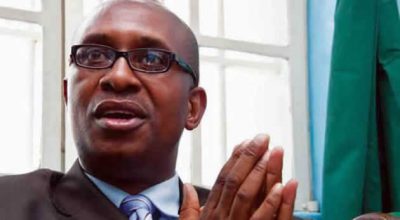 Khupe’s party tried to launch its election manifesto in Harare yesterday, but cancelled the event after a poor turnout.

Our reporter Obey Manayiti (OM) spoke to Khupe’s deputy Obert Gutu (OG) about the aborted manifesto launch and their dispute with Chamisa’s group.

Gutu, who was suspended by the MDC-T before throwing his lot with Khupe, ruled out any reunification with his former opposition colleagues, declaring they had since moved on. Below are excerpts from the interview.

OM: Your party was supposed to launch its manifesto in Harare yesterday, but the event was cancelled at the last minute with some citing fears of violence against your supporters. Can you tell us what transpired?

OG: We are facing a lot of challenges, mostly financial. However, the greatest obstacle was the fear factor among our legions of supporters.

In areas such as Chitungwiza, Mabvuku, Dzivaresekwa and Mbare, our cadres had gathered at pick-up points to be ferried to the Harare Showground, but then they were violently dispersed by some political malcontents.

We are a peace-loving political party and we don’t want to risk people’s lives because of politics.

Our organisers on the ground promptly decided to call off the Harare launch of the “BEST” election manifesto because we didn’t want to put people’s lives at risk.

OM: Are you confident your party will pull a shocker in the forthcoming elections?

OG: Our party is anchored on the values of constitutionalism, respect for the rule of law, non-violence, peace and solidarity.

We have been quietly mobilising on the ground and definitely, we are going to pull a shocker at the elections.

We are going to win a significant number of both parliamentary and local government seats. There is absolutely no doubt about that.

OM: Are you going to field candidates in all the constituencies?

OG: Right now, our national elections directorate, under the leadership of our national chairperson Abednico Bhebhe, is busy organising the template for candidate selection and we are pretty sure that with the work that they have covered so far, we should be able to field candidates in not less than 150 constituencies nationwide.

OM: Who is sponsoring the party as it is not getting any funding from government so far?

OG: The party is self-sponsoring. President Thokozani Khupe, myself and several other leaders are using our own individual and personal resources to bankroll the party’s activities.
It’s not easy, but then we believe in principle, sacrifice and commitment. After all, Rome wasn’t built in a single day.

OM: There are allegations that your party is being sponsored by Zanu PF in order to stop a victory by the Nelson Chamisa-led MDC-T. What is your response?
OG: Those allegations are beyond nonsense! It’s total and absolute hogwash.

Whoever is making those false and malicious allegations is obviously trying to hoodwink the people of Zimbabwe.

All my life I have never been a member of Zanu PF. I am an extremely principled person.

I just don’t flow with the wind. Our party is determined to show all Zimbabweans that principle, constitutionalism, peace and solidarity are greater than mob psychology and populism.

The election results will vindicate us. Just wait and see.

OM: Chamisa’s group is claiming you want to form a government of national unity with President Emmerson Mnangagwa. How far true is this and would you accept an invitation from Zanu PF to join his government?

OG: It’s not proper for me to dignify nonsense and hogwash. We are busy mobilising the people on the ground and the response has been gratifying so far.

We would like to score a spectacular victory in the forthcoming elections. How can we talk of an inclusive government before the elections are even held?

May be it is the people who want to form an inclusive government with President Emmerson Mnangagwa who are thinking that everyone else thinks like them. It’s a total shame, really.

OM: Where exactly are you failing to find each other with Chamisa?

OG: We have since moved on. There’s a snowball’s chance in hell of us re-uniting with those other people. May be we will re-unite with them when the sun rises in the west and sets in the east.

Put alternatively, it will take the second coming of the Son of Man in order for us to re-unite with people who are intrinsically violent, malicious, vindictive and thoroughly disorderly.

They think they are going to win the elections, yet the reality is that they will suffer a crushing and humiliating defeat. Just watch the space.

OM: There are allegations that your BEST manifesto is a replica of the Zanu PF manifesto.

OG: If you peruse the BEST manifesto, you will no doubt agree with us that it’s the best political party manifesto that has ever been produced in Zimbabwe.

It is a realistic and well-thought-out piece of intellectual work. We worked several days and nights to put together that document.

We don’t have to mimic the failed and populist policies of Zanu PF. Why should we?

OM: Are you in talks with other parties about forming a coalition?

OG: We are a democratic political party that is always exploring possibilities of working together with progressive, democratic and similar-minded political parties in order to form a grand coalition to face the corrupt Zanu PF regime in the forthcoming elections.