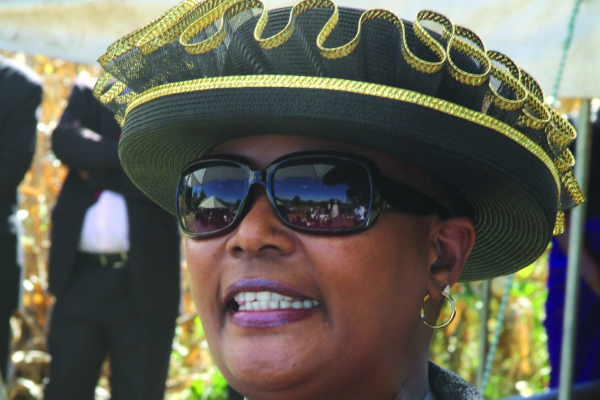 MDC-T President Thokozani Khupe has started door-to-door campaigns in Matabeleland region to solicit for votes ahead of the July 30 elections amid appeals from villagers for equal distribution of resources if she wins the election.

Khupe engaged in the campaign yesterday morning at Chinotimba and Mkhosana suburbs and craft markets around Victoria Falls before going to Chidobe and Chikandakubi wards.

During her door-to-door campaigns, residents said they were poor and struggling to get jobs, education, health and shelter.

Khupe pledged to alleviate poverty through devolution of power which will under her government start at provincial level.

“We decided it’s time to do door-to-door campaigns because it is the only way you can have conversation with the people. You talk to them one on one where as in rallies it is a one way communication. When we are doing these campaigns, we are talking to them and they respond so its the most effective way of selling your manifest and telling those that you are asking the votes from about who you are and what you are offering them,” Khupe said.

She said the MDC-T was advocating for equal opportunities for all and that would only be possible through devolution.
“We want to make sure that the money which is generated in Victoria Falls benefits the people of Victoria Falls. Right now what is happening is that all the money is going to Harare,” she said.

She said a centralised economy was problematic but if things were done at provincial level, there would be balanced allocation of resources.

“There must be equitable distribution of resources and opportunities in our diversity and this is who we are and we will ensure that we avail change to the people through our God -given resources,” she said.

Khupe has interacted with her supporters in Gwanda South, in Guwu, Silobela and is set to address people in Hwange today before proceeding to Lupane.