Killer Zivhu in trouble for saying the truth

Source: Killer Zivhu in trouble for saying the truth – The Standard August 25, 2019 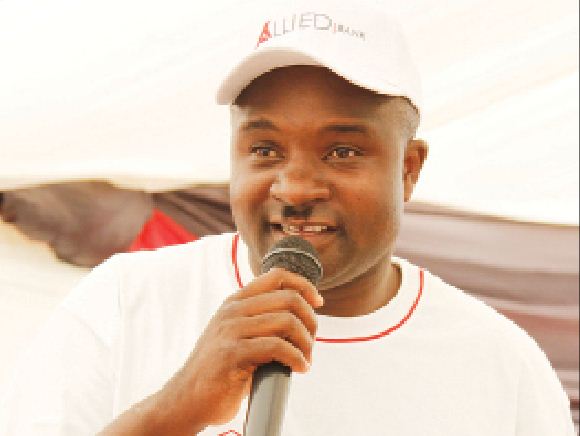 Letter to my people BY DOCTOR STOP IT

I need not ask you how you are, for I know that you are suffering.

Thanks to the clueless leadership of Dhakisi Lacoste.

I know many of you are wishing the good old days of Gushungo could come back.

When bread was 50 cents, while a trip to town cost a similar amount by public transport.

But you were foolish and were hoodwinked by those gangsters to topple Mugabe.

I liked the joke, which made the rounds last week on social media in which people were asking each other the question on just why they removed Gushungo.
Happily too!

Only to start squealing in pain after Lacoste unleashed Mthuli Ncube on them.

And the gangsters say we still have more years of “sufferation” before the economy stabilises.

And by 2030, with factories virtually non-functional, low production on the farms and 90% of the population surviving through selling vegetables and tomatoes, we will have attained upper middle income status where we will be earning on average about of US$3 000 per month.

Meanwhile, democracy would have been thrown into Lake Chivero and suffocated due to the untreated effluent that the Harare municipality discharges into the city’s major source for water.

Anybody who even dares think of marching or demonstrating would be abducted and beaten up before being dumped on the outskirts of town.

Artistes and comedians who mock the establishment will meet a similar fate, while those pesky journalists who record any human rights abuses by the gangsters will be beaten up and their arms broken, then thrown into jail.

Some naughty person suggested that by then, there would be command judiciary to insulate the gangsters.

In fact, the gangsters have started rehearsing for the mafia style of leadership as witnessed in the recent crackdown on opposition supporters and human rights defenders.

As Zimbabweans, you will not have anybody to blame as you celebrated the fall of Gushungo as you welcomed the gangsters.

The controversial Killer Zivhu is in trouble with his party, Zanu PF.

He is in trouble for saying the truth!

He is in trouble for voicing what every Zimbabwean is saying in private and in public.

Zivhu is in trouble for exercising common sense.

He faces expulsion from his party after calling on ED Lacoste and Cobra Nero Chamisa to stop being selfish and consider the interests of millions of Zimbabweans who are suffering because they choose to obstinately refuse to have face-to-face discussions on solving the Zimbabwean crisis.

Of course, it is very silly of ED Lacoste to put Nero in the same basket as Bryan Mteki and other parties, which many believe were formed by a certain ruling party in Southern Africa to give the impression that there is democracy and diversity in the country.

It is equally silly of Nero to put a lot of conditions before any talks are held.

But again, when a nation entrusts its future in the hands of Ngwena and Cobra, two men named after reptiles, then the future can’t be too bright.

It is quite sad that Zivhu is now facing expulsion from the party for simply saying what needs to be done.

But, of course, we all know that he used to go overboard in his support for Doctor Amai when she still wielded a lot of power.

His perceived links with G40 is partly the reason why he is facing his current political problems.

The Lacoste mafia is on the prowl.

I said it before that this nonsense about fighting corruption was just a waste of taxpayers’ money.

It is nothing but an over-elaborate smoke-and-mirrors show in which suspects are arrested in a blaze of publicity before being quietly released.

According to ED and his administration, the fight against corruption intensified recently when the investigating officer in the Prisca Mupfumira case was transferred to Karoi.

After all, even those who were found to have abused office in the Willowgate Scandal were rehabilitated and are now senior in government.

Can you remember them?

What is Auxillia doing?

In the face of mounting hardships, the last thing you want is a busybody first lady.

In our case we have Busybody Cyclone Auxillia crashing into just about anything.

Of late, we are told she is crashing into the programme to have a national dress.

Something completely beyond her scope.

Next she was declaring war on malaria!

She should not declare anything. Maybe she can do that with Murombo, not on national programmes.

I came across the following tweet and I found it interesting:

Thumbs up to the South African Defence Forces for coming through to help repair Cyclone Idai-ravaged areas. Meanwhile, Zimbabwean soldiers are toy-toying in urban centres to instil fear into the population.