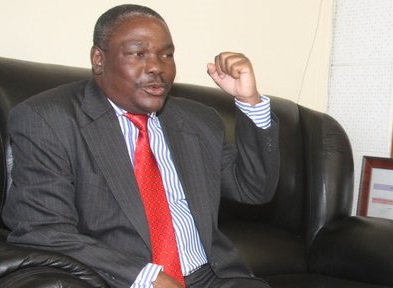 He made the revelations when he appeared before the Parliamentary Portfolio Committee on Home Affairs to give oral evidence on measures put in place to ensure citizens had access to IDs ahead of the 2023 elections.

“The ministry is also faced with a backlog in the production of polythene IDs as a result of limited consumables. Some registry offices have since stopped issuance of polythene synthetic IDs and have resorted to issuance of green waiting passes,” Nhepera said.

The polythene synthetic ID was introduced in 2004 when the country stopped producing metal IDs.

The ministry is also experiencing shortages of consumables, resources and staffing, resulting in its failure to deliver on its mandate, Nhepera said.

“The ministry is failing to meet its obligation in the production of passports as a result of a shortage in foreign currency to procure the needed consumables and equipment. This has resulted in a limited number of people being saved per day countrywide.

“Some of our offices are not working because there is no electricity. We are looking for cheaper sources such as solar power and generators. Some registry offices do not have information communication machines.”

In June, the government announced that it had chosen an unnamed private company to print identity and travel documents under a build operate and transfer (BOT) agreement.

“The (BOT) contract has been in existence for about three or four months now. They are working to bring in equipment to renovate our buildings to accommodate their equipment,” Nhepera said.

The Registry Department battles an ID and passport backlog of over 200 000 dating back more than two years owing to challenges such as lack of foreign currency to import the much-needed materials.

Buhera South legislator Joseph Chinotimba pleaded with Nhepera to lobby for adequate funds from Treasury to speed up issuance of primary documents.