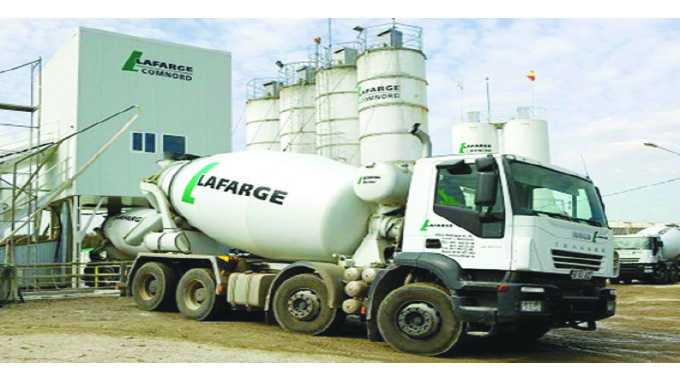 Lafarge has commenced the new vertical cement mill, the last of two projects started in 2019, under the US$25 million expansion programme.

LAFARGE Cement Zimbabwe says an on-site incident involving roof collapse at one of its cement mills will have a negative impact on the group’s overall business performance in the last quarter of 2021.

The incident, which happened on 11 October 2021, recorded no fatalities or injuries, but there has been a general low visibility of the company’s cement in the market.

“The necessary measures to restore the structures and restart the mills have commenced and are well under way,” Faithful Sithole, the company’s secretary said in a statement.

She added that stakeholders would be kept informed of any further developments in due course.

In March this year, Lafarge commenced the new Vertical Cement Mill, its last of projects commenced in 2019, under the US$25 million expansion programme.

Under the expansion plan, the company installed the new US$2,2million automated dry mortars (DMO) plant, which saw production capacity increasing from 7 000t per annum to 100 000t per annum.

Under the US$25 million expansion initiative, Lafarge would more than double its market share and annual production capacity.

According to the company’s trading update to May 2021, the business achieved volume growth leveraging on the growing market demand in the Individual Home Builder segment as well as the ongoing major infrastructure development projects led by the government.

Cement volumes for the period increased by 23,7 percent compared to prior year in spite of the Covid-19 national lockdown instituted in the first quarter.

“The Binastore retail franchise recorded a remarkable 555 percent growth in volumes compared to the same period in prior year.

“This growth in the retail franchise business was further strengthened by the growth in purchases made on the Binastore e-commerce site facilitating business continuity during lockdown periods,” said the company.

The company noted that as a result of strategic changes in product portfolio mix the average selling price was favourable against budget.

For the year ended 31 December 2020, the group posted a much-improved financial performance for the year in spite of the Covid-19 induced operational challenges.

Revenue for the year grew by 68,5 percent to $6,9 billion compared to $4,1 billion in prior year, attributed to significant volume growth in the dry mortars business and a market shift towards high strength cement which influenced a significant change in the cement product mix.