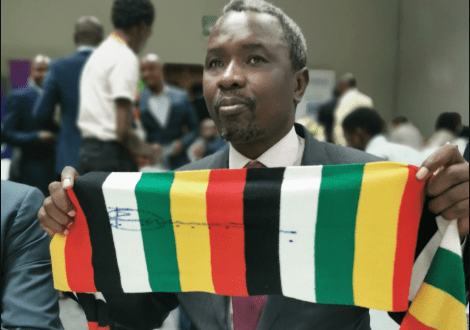 PRESIDENT Emmerson Mnangagwa marked his triumphal entry into the citadel of power in 2017 by declaring that he would open the country up for business, thus promising a departure from the ruinous policies of his predecessor the late Robert Mugabe who he upstaged in a military coup.

Optimism engulfed the southern African country as Zimbabweans braced for the possibility of a break from the past and the mantra: Zimbabwe is open for business became a slogan.

Investors trooped to Harare to scout for opportunities, but to their surprise, they found the same faces of the old epoch circulating overhead like vultures angling to swoop over a prey.

Mnangagwa’s approach was anchored on luring investors to resuscitate the economy which had been in stagnation for a long time.

It was clear that the country’s vast mineral resources would be a magnet to investors, both well-meaning and unscrupulous.

Investors came in their hordes, far and wide from Russia, China, United Arab Emirates, South Africa and United Kingdom. Locals could also not be left out.

To put icing on the cake, the government also promised the privatisation of State-owned entities which had been under-performing and bleeding the economy.

The government owns operations in mining, telecommunications, agriculture and manufacturing.

On the local front, there has been one investor who appears to be scooping anything in his way — Landela Mining Ventures. Landela, owned by business tycoon Kuda Tagwirei, has been on a buying spree. Tagwirei is one of Mnangagwa’s advisers.

Within a month of inviting bids, 151 bidders had shown interest. However, by March 2019, the government withdrew the sale, saying it had not attracted enough quality bids. While Landela was not one of the original bidders, government later announced that Tagwirei’s firm had won the bid.

Before inviting bids, the government engaged German consultancy firm DMT GmbH & Co to look into the state of the assets and determine how ZMDC’s fortunes could be turned around. DMT GmbH & Co produced a report noting that: “ZMDC was unlikely to get investors as the State had too much involvement in the mining industry…”

Last July, Landela entered into an agreement to acquire four idle gold mines under State-run ZMDC, among them Jena in Silobela, Elvington in Chegutu and Sabi in Zvishavane.

Since 2014, these assets have been lying idle owing to financial constraints and lack of markets.

However, he declined to say how much Landela paid for the State assets.

“The common wisdom for the gold price going forward looks like it will stay stronger for longer and to that extent the economics of the mines if significantly enhanced,” Brown added.

Jena has ore capacity of 450 tonnes per day, but its equipment is old and much of the plant has been stripped by creditors.

According to ZMDC’s website, Elvington, which closed shop in 2003 and has been under care and maintenance, used to produce 45kg per month and can yield

US$2,4 million per month should it fully develop its 21 blocks of mining claims.

However, analysts believe that the State could have been prejudiced, owing to the involvement of related parties in the deal.

“The deal stinks. It is shrouded in secrecy. What we only know is that Landela’s bid carried the day in the acquisition of ZMDC assets. What constitute the deal no one knows,” former Finance minister Tendai Biti said.

“One wonders why after withdrawing the sale of the assets, out of the blue the government announces that Landela had won it. This raises eyebrows,” he said, adding that: “What motivated the change of heart? It is obvious Tagwirei used his closeness to the throne to influence policy change? How much was paid? Was due diligence taken,” he added.

That Landela was automatically granted a gold export licence, also raises eyebrows. Landela is among over 20 individuals and companies awarded a gold-buying licence on behalf of government’s sole buyer, Fidelity Printers and Refiners (FPR).

Mines minister Winston Chitando admtted that “some of the assets in question had no geological information”. The tender process, he added, had been “just really to say here is this mine come and bid, so you find that compromises the quality of the bids you get”.

During the 2021 National Budget presentation, Finance minister Mthuli Ncube also admitted that the government over the years negotiated mining contracts based on inadequate geological data. This, he said, compromised government’s negotiating position and often resulted in the signing of undesirable mining contracts.

“The lack of clarity around ZMDC asset sales in general underscored why our government needs to fully implement the Africa mining vision provisions on transparency and/or EITI. Mining contracts must be publicly disclosed. This is now standard practice in comparable countries. Many African countries are doing this and it enhances public and investor confidence. In the same manner, ownership details, production data and taxation payments need to be disclosed as well.

“This is no longer controversial or debatable practice given how common it has become in countries that want to attract good patient capital. The irony is that the government itself has correctly lamented a rise in corruption in the sector, yet they are taking unnecessarily long to implement the obvious policies that could address the suspicions, actual corruption and misgovernance in the sector,” he said.
Mines dumps

Mining consultant Clever Tasky said there was no doubt that the government was short-changed as Landela is extracting value through not-so labour intensive treating tailings. With the advent of technology, tailings treatment is gaining currency across the world.

“It seems the government was not aware of the value of the gold-bearing material at mine dumpsites and its value. There is no doubt that this could be the reason why Landela has increased its footprint, especially in gold mining. The company is looking at gaining value in tailing treatment.”

Last year, the Zimbabwe Coalition on Debt and Development (Zimcodd) said Zimbabwe had reportedly lost between 30 and 34 tonnes of gold which were smuggled to South Africa last year in a new wave of illicit financial flows (IFFs) that are bleeding the country.

Zimcodd said a recent study by the African Forum and Network on Debt and Development estimated that between 2009 and 2013, Zimbabwe lost US$2,83 billion through IFFs, which translated to an annual average of US$570,75 million.

Research for this report was done with the support of the African Investigative Journalism Conference and Wits Journalism.