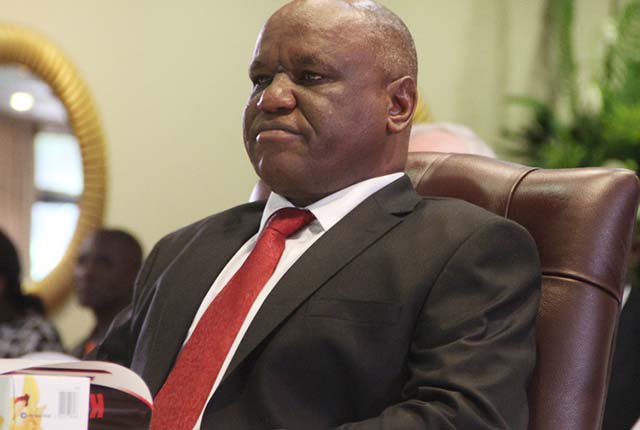 Daniel Nemukuyu Senior Court Reporter—
JUSTICE is now literally for sale at the lower courts and senior lawyers, who still value their ethics frequent superior courts, the Judicial Service Commission heard yesterday. Candidates vying for the esteemed office of the Prosecutor-General told the panel of interviewers chaired by Chief Justice Luke Malaba that the rot at the magistrates’ courts countrywide had reached alarming levels to the extent of frustrating most senior lawyers.

Responding to the third question of standard five questions posed to each of the seven candidates during the public interview, top lawyer Mr Wilson Manase told the panel that there was well coordinated graft involving prosecutors, magistrates and some lawyers.

Mr Manase said if appointed PG, he would engage the JSC, police, Law Society of Zimbabwe and other stakeholders to come up with strategies to curb the scourge.

“It is not a secret that corruption is rife at the magistrates’ courts.

“Most senior lawyers who still believe in professionalism have been frustrated. They no longer appear before the magistrates because they believe justice is now for sale at lower courts,” said Mr Manase.

“We now prefer appearing before the superior courts where there is still professionalism and real justice,” he said.

Mr Manase advised the commission to randomly ask any of the senior lawyers in town about the situation to get the truth of the claims.

“Corruption is rife, especially at the magistrates’ court. The role of a lawyer is slowly becoming less important because of corruption.

“The syndicate even involves the police, who at times refer accused persons to certain lawyers.

“I once had a personal experience with a corrupt magistrate and I reported to Mr Guvamombe (Mishrod) when he was still provincial magistrate for Harare.

“Mr Guvamombe took appropriate action against the magistrate in question and he handled the matter in a commendable way,” said Mr Hogwe.

Acting PG Advocate Ray Goba, who was part of the candidates, concurred saying that at one time he had a difficult time with a client, who kept on asking him to engage prosecutors, who had promised to corruptly secure an acquittal.

“I once represented a foreigner at Rotten Row (Harare Magistrates’ Court), who put pressure on me to engage some prosecutors to corruptly facilitate an acquittal for him.

“Each time he was at court, some officials at the courts kept on advising his relatives to engage prosecutors saying there was no need for an advocate.

“I ended up asking him if he still needed my service until he stopped talking about it.

“Fortunately, he was acquitted, but am not sure if the acquittal was not as a result of his secret engagement of the said court officials,” said Mr Goba in jest.

Seven lawyers aspiring to be appointed PG were interviewed yesterday for the whole day.

The JSC will deliberate on the performance of the candidates and forward names of the three top performers to the Executive.

The Executive will then appoint the suitable successor to the fired former PG Mr Johannes Tomana.

Mr Tomana was fired early this year for incompetence and misconduct.