Source: Leaders urged to take lead in tree-planting | The Herald

Traditional and political leaders should take the lead in tree planting to mitigate climate change effects and ensure food security as the country gears towards achieving an upper middle income economy by 2030.

This was said by Patron of the Environment, First Lady Amai Auxillia Mnangagwa at Tabex Secondary School in Mt Darwin South yesterday, where she planted baobab trees to commemorate this year’s National Tree Planting Day, running under the theme “Fruit trees for food security and nutrition”.

Amai Mnangagwa urged people in Mashonaland Central to protect indigenous trees which are important in preserving our cultural heritage. 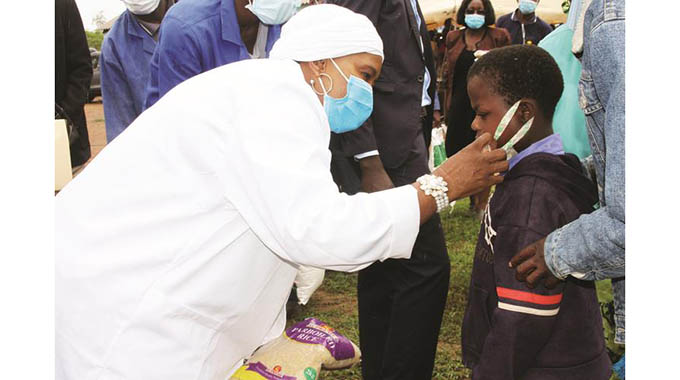 “This year we are planting the baobab tree which is loved for its fruits, tree bark and an attraction to tourists because of its big size. The seeds are used to make coffee, oil, medicine and other beauty products,” she said.

“Some families are making a living out of selling wild fruits among other things. As Patron of the Environment, I pledge to support planting of trees to raise awareness on the importance of protecting forests countrywide.

“The first tree programme this year was launched at Gangarabwe Primary School in the Midlands Province in November where trees were planted before the onset of the rainy season. We are receiving good rains which is important in planting many trees.”

She said climate change effects were felt from previous years and extreme high temperatures caused by global warming were a threat to human life.

There was need to adopt mitigatory measures like planting of trees and protecting forests in the wake of deforestation in some areas.

She commended the Ministry of Environment, Climate, Tourism and Hospitality Industry led by Minister Mangaliso Ndlovu for working closely with the Forestry Commission and other partners in afforestation efforts. 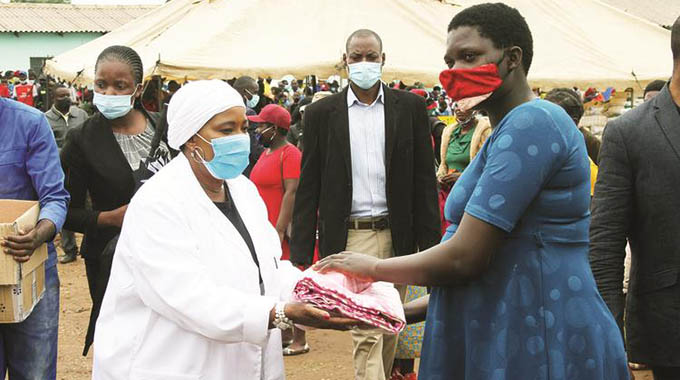 “I commend those who planted exotic trees like mangoes, oranges, avocados and banana which are a source of income for some.

“Mashonaland Central comes second in tobacco production and tobacco farmers in Mount Darwin have increased and this poses a threat to forests.

“Firewood for cooking is becoming scarce and there is a need to plant exotic trees which grow fast. The Forestry Commission has initiated the tobacco wood energy programme. Every tobacco farmer is expected to plant one hectare of woodlot for every hectare of tobacco for curing.

The First Lady expressed concern over the rising cases of child marriages in the province.

In an engagement over the issue, the elderly said lack of indigenous fruits had led to consumption of exotic fruits by the young generation, which was causing them to grow fast and become sexually active at a young age.

They said indigenous fruits slowed down adolescence and it was of paramount importance to protect indigenous trees.

The community also said children were being married off for free and blamed the problem on increasing artisanal miners in the area who are luring them with money.

Access to technology and mobile phones had spurred mischief in youths.

Gogo Mandaza, who struggled to pronounce the word abuse, said children had become a headache to their parents because of children’s rights.

Some children were not being married off, but eloping on their own, said some of the parents.

They said they were failing to caution or spank their children because of laws on children’s rights.

The First Lady urged parents to sit down with their children and give them guidance according to our traditions.

She is coming up with a programme to engage the youth to deliberate on child marriages and other issues affecting them.

“Teach your children self-help projects like chicken rearing so that the family is self-sustainable. Parents must be exemplary to their children. When you fight and insult each other every day, it is difficult for them to emulate you,” she said.

“Mount Darwin was affected by the liberation struggle and people failed to go to school. Now the country is independent and our children must get an education to lift our livelihoods.

“We want to protect indigenous trees because they help our children. We call on our parliamentarians to push for stiffer penalties for rapists. There are ministries representing women and youths so that they have access to capital to start projects.”

“The elderly and traditional leaders must have constant engagement with people and teach them that getting married early is a recipe for gender-based violence. Our children who get married early and sometimes suffer abuse from the husband and his family members,” she said.

“We are saying no to GBV. We want families to concentrate on development and upgrading their standard of living.”

The engagement session was educational and the community appealed to the First Lady to come back and engage the youths over child marriages. The First Lady brought food hampers for the elderly and vulnerable in Tsakare area and preparation for 100 pregnant women.

Gogo Musa thanked the First Lady for the food hampers, saying it was an early Christmas gift.