Legality of blocking the Internet simplified

TODAY, we discuss the legality of the recent shock total blockade of the Internet and subsequent limitation of service to the exclusion of social media sites Facebook, YouTube, WhatsApp and Twitter, among others. If ever there was something that hurt the emotions of an entire nation in one fell swoop, it was that. On January 15, 2019, all Internet services across the country were switched off under government instructions. 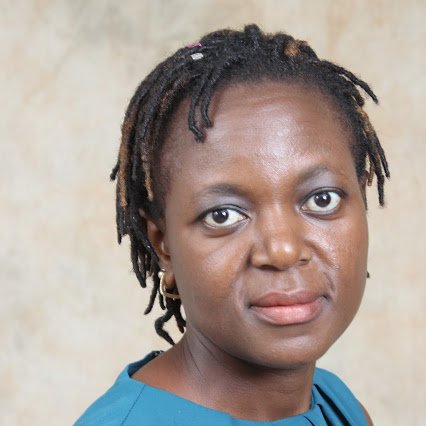 The switch-off happened on the second day of the three-day shutdown called for by the Zimbabwe Congress of Trade Unions in protest against government’s shock fuel price increases by 230% on the preceding Saturday night.

Is interception of communications legal?
Yes, in certain circumstances as legal necessity requires. The Act allows lawful interception through a number of activities such as the establishment of a Monitoring Interception of Communications (MICC). Section 5 allows for certain named authorised senior government personnel to apply to the responsible minister for a warrant to intercept communications.

Was the matter really beyond Internet service providers (ISPs)’ control?
No! The government does not have a central switch to the Internet gateway. It relies on the compliance and co-operation of ISPs and a provision in the Interception of Communications Act to compel ISPs to comply with its directives or instructions. ISPs could have chosen to disregard the directive because there is no legal justification to compel them to switch off services entirely. There is not a single provision allowing total blockade.

However, there are issues we the public are not privy to that motivated and compelled all the ISPs to comply with the government directive. This suggests coercion and force because it is not feasible that all the country’s ISPs would have complied at once without difficulty, particularly when nothing in the law forces them to switch off services completely. Furthermore, if aggrieved by any decision, they can seek redress through the Administrative Court.

Who is liable for the losses I incurred?
Your ISP. The majority of affected consumers have service contracts with their ISPs in which they pre-pay for service and are, therefore, owed availability of service. Many people purchased daily and weekly bundles for the use of WhatsApp, Facebook and Twitter, which have lapsed. Consumers have a right to a refund or other commensurate recompense. Consumers have a contract with their ISP and not with government. They should claim with their ISP, particularly given that the ISP had no obligation to listen to an illegal directive.

In what way is the directive illegal?
The definition of interception in the Act is limited to listening to, recording, or copying the whole or parts of the communication. This is done only where there are reasonable grounds to believe that crimes have been committed during the exchange of communications using the Internet that threatened public safety or national security. The definition of interception makes no mention of blocking, switching off, controlling or limiting communications as was done. Interception is strictly limited to the given definition in the act therefore the minister has no such unlimited powers.

What constitutional rights have been breached by the Internet blockade?
a) Section 57(9)(d), which guarantees the right to privacy and freedom from infringement of communications,
b) Section 61, which guarantees freedom of expression and freedom of the media in which every person has the right to freedom of expression, including the freedom to seek, receive and communicate ideas and other information.
c) Section 62; Right of access to information

Is the right to access to the Internet unlimited?
Section 62(4) of the Constitution provides for legislation to be enacted to enable the right of access to information. However, the access to information can be restricted in the interests of defence, public security or professional confidentiality. There are no absolute and total freedoms. If the restriction is applied, it should be fair, reasonable, necessary and justifiable. However, it cannot be said by whichever interpretation that the total blockade of the Internet was fair or justifiable or reasonable.

Is there legal provision for a blanket Internet blackout?
No! The Act specifies the procedures to be followed when applying for an interception order and they specify the need to identify the specific communications to be intercepted. There is no provision in the Act for a blanket blackout. It cannot be fathomed that the communications of everybody in the country were suspect and that they warranted interception. Without doubt, the Internet blockade is manifestly illegal.

Does the government have the right to issue an internet blockade?
No! While Section 6(1) empowers certain named government officials to apply to for an interception warrant if there is justification, there is no provision for a directive for a total blockade. It is true that the shutdown turned violent and there were reasonable grounds to believe that crimes were being committed during the exchange of communications using the Internet, which threatened public safety or national security.

The government may attempt to invoke Section 6(2)(a), as it appears to provide a somewhat liberal blanket ban, but it lacks legal soundness. It states:
Section 6(2): The minister may, if he or she is of the opinion that the circumstances so require,
(a) upon an application being made in terms of this part, issue, instead of a warrant, any directive to a service provider not involving any interception or monitoring of communications;

Blocking the country’s entire Internet is such a radical and drastic act which the Legislature cannot have intended to allow the minister to have such unlimited powers without deliberately articulating and specifying them as it did less draconian acts. There is nothing suggested even subtly that the legislature intended for the minister to have unlimited powers. Blocking the entire internet is so extreme as it has far reaching economic, social and political effects.

What are the duties of citizens?
While rights and freedoms are accorded and guaranteed, citizens also have duties and responsibilities.
It is a criminal offence to use social media to foment hate speech and incite violence, cause malicious injury to a person’s reputation and unwarranted breach of other people’s rights.

Can the State limit rights and freedoms?
Yes. Citizens are allowed to enjoy their rights fully, but are not allowed to infringe the rights of other citizens and prevent them from enjoying their own rights as well. In this particular instance, those citizens who chose to practise their right to stay away from work and protest against the fuel increase had no right to intimidate and force citizens who wanted to exercise their rights to move freely and go to work. Various threats of harm and intimidation were issued physically and through social media messages.

When can rights be limited?
According to Section 86, the limitation must be fair, reasonable, necessary and justifiable in a democratic society based on openness, justice, human dignity, equality and freedom. The State may limit rights if it is necessary in the interests of defence, public safety, public order, public morality, public health, regional or town planning or the general public interest.

Can right of access to information be taken away complete?
The Constitution provides for the limitation of rights, but not to take them away completely. If the State had reason to limit rights of access to and transmission of communication and information over the Internet due to possibly incendiary messages it had no right to block or limit the internet altogether because no such right provided. It was only limited to intercepting communications and ensuring compliance with the law as stated.