Let’s Give More Women a Chance to be a Mother

A few months ago, I was teaching final year medical students in the outpatient department of the University teaching hospital in Harare where I am employed as a consulting obstetrician and gynaecologist.

Source: Let’s Give More Women a Chance to be a Mother – The Zimbabwean 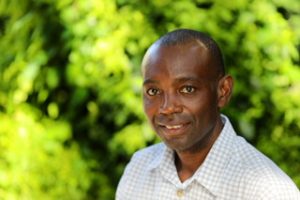 One day, a student presented to me the case history of a couple—I will call them Mary and John –who had been trying to conceive a child for seven years without success. They could not afford even the most basic medical tests—hormonal tests for her and sperm count tests for him–to determine what the issue was, so they turned to faith-based and traditional healers.  But each month brought the same sad result: the advice they were given or the concoction they had eagerly consumed did not work.

John had even gone so far as to have an extra-marital affair in an attempt prove his fertility. Not surprisingly, this caused a lot of strife in their marriage. And tragically, Mary blamed herself for John’s infidelity.

That’s the depressing reality where I work. We often do very little to help couples who are trying to conceive. Even when they can afford the tests, we often lack all  equipment needed to give them the answers and assistance they deserve.

This is the paradox of health care in most low- and middle-income countries (LMIC).  Maternal health care is free. Contraception is free.  But there is no support for a couple who can’t get pregnant.

Providing women with choice isn’t just about choosing to limit their family, it’s about expanding their family as well. By denying women facing infertility the proper care and access they deserve and failing to understand the root causes of this infertility, we are doing lasting harm to our women and society at large.

Infertility is involuntary childlessness. And while it is a worldwide problem, it can be particularly traumatic in sub-Saharan Africa.

For governments, medical insurance companies and funding partners’ working in the developing world, the priority is fighting maternal mortality and overpopulation. Infertile individuals or couples have to rely on their own resources to fund costly, but limited tests and available treatments. That means most go without, or they endure significant financial hardships and still don’t get sufficient help.

Research shows that the “negative psychosocial, sociocultural and economic consequences” of infertility in sub-Saharan Africa are “severe, possibly more so than in Western societies.”

Marriage in most cultures in this region revolves around procreation. Hence, failure to conceive threatens the union. The stigmatisation is heavily weighted on women who are often assigned the blame even without clinical evidence.

John’s decision to have an affair is not uncommon, as the male partner can feel pressure from friends and family—as John said he did–to test his virility with another woman. If the man is thought to be infertile, some traditional cultures would go to the extent of sanctioning the man’s brother to impregnate the woman so as to remove the label of ‘childless couple’.

In many developing economies—where women are still expected to be full-time housewives–not having children makes them seem useless. Furthermore, children are still considered an investment in future security, with the expected role of taking care of their parents in old age.

Thankfully, there are some organizations and efforts emerging to help infertile couples in Zimbabwe and other parts of the developing world. Hannah’s Tears, a Zimbabwean organisation has a growing membership of about 3,000 infertile men and women—who have access to pyscho-social support and fundraise to pay for investigations and treatment.  The first lady of Zimbabwe, Mrs Auxilia Mnangagwa  is now an ambassador for “Merck — More than a Mother” and she has pledged to support them. The Merck Foundation has promised to provide training in infertility management to medical specialists from Zimbabwe.

It’s encouraging that there is growing awareness around infertility, but there is a glaring gap in services for infertile couples who depend on public sector health care. There is an urgent need to increase funding to subsidise diagnosis and treatment across sub-Saharan Africa.

As a starting point, each couple needs to know why they are failing to conceive and the options available to them. I am currently working on a study in Harare to characterise the proportion of various causes of infertility in our Zimbabwean population. Those outcomes will provide the evidence we need to decide which services and equipment should be a priority.

But this research won’t be through for another 2 years. In the meantime, just as we do with contraception and maternity care, we need to offer subsidised care for infertile couples in the public sector. We need the basic equipment to analyse a man’s sperm, and to examine a woman’s fallopian tubes. And we need the capacity to offer in vitro fertilization.

My hope is that we can develop dedicated infertility units in at least one public referral hospital in each of the two major cities in Zimbabwe.

I agree that it is important to protect maternal health and support people who want to limit family size by offering contraception. But what about people who want to have a baby but cannot conceive? According to the UN Sustainable Development Goals, universal access to sexual and reproductive health services should include infertility services.

This past week, many around the world celebrated Mother’s Day. Let’s not forget the many African women like Mary, who are desperate to be mothers—and deserve the opportunity to be mothers.

Mugove Gerald Madziyire is a consultant and lecturer at the Department of Obstetrics and Gynaecology, University of Zimbabwe College of Health Sciences. He is an Aspen New Voices Fellow.