Tendai Mugabe in MUTARE
President Mnangagwa says Zimbabweans from different political persuasions should set aside their differences and assist fellow citizens who were affected by Cyclone Idai which has so far left 268 people dead and several others missing.

He said this in an interview with Zimpapers’ Diamond FM yesterday ahead of today’s visit to Chimanimani with 17 leaders of other political parties that participated in the July 2018 harmonised elections.

This is the first time that the bloc of political party leaders taking part in the national dialogue have come together to assess damage caused by Cyclone Idai.

“Now with disaster that has struck us, all I want to say is that let us put our politics aside and let us see what assistance we can give as a people to those among us who have lost their beloved ones,” said President Mnangagwa. 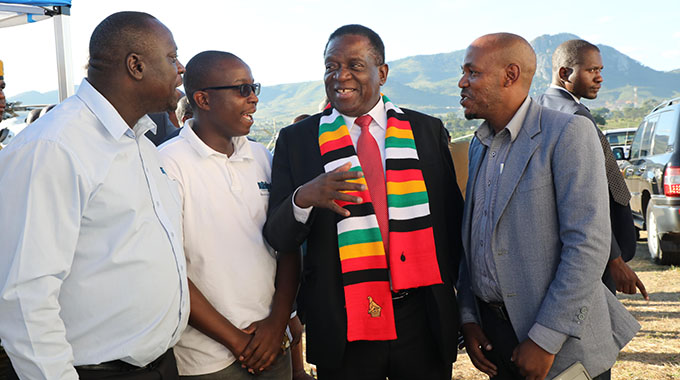 “We have come as a team of the Zimbabwe Political Dialogue, the heads of political parties in the dialogue, the Presidents including myself have come over so that together we can move around and show solidarity because this disaster has no totem, has no political party, everybody is affected. So we need this unique unity which we are experiencing as Zimbabweans, which has brought us together as a result of the disaster that we demonstrate that we are one people. 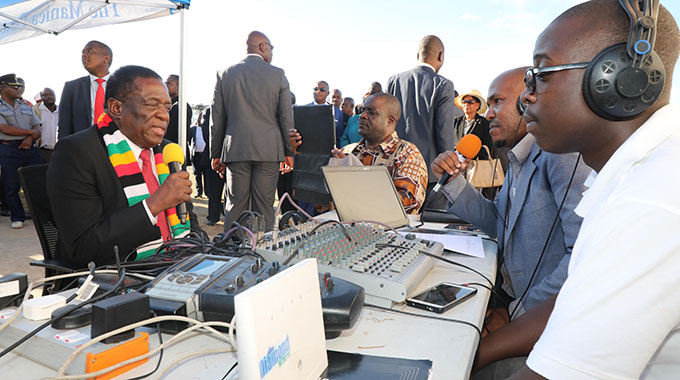 Today, the President will lead a hectic programme that will see leaders of political parties traversing Chipinge and Chimanimani using helicopters to assess the damage caused by Cyclone Idai and efforts being made by Government to rebuild the affected communities.

After his arrival in Mutare yesterday, President Mnangagwa interacted with leaders of other political parties where they received a detailed brief on the national disaster and measures that were being undertaken to mitigate the effects of the catastrophe.

He took time to field questions from leaders of the opposition parties who wanted to know what Government did to sensitise people about the cyclone before it struck.

This morning, President Mnangagwa will lead the first delegation that will leave Mutare for Nedziwa where they will see a damaged bridge before proceeding to Machongwe which is one of the hardest hit areas.

President Mnangagwa did not manage to visit the area during his last visit because it was not navigable.

From Machongwe, President Mnangagwa will proceed to Ngangu,  a township in Chimanimani urban where he will deliver a keynote address and take part in the clean-up campaign.

On the other hand, Vice President Constantino Chiwenega will lead a delegation that will go to Biriiri before proceeding to Chipinge. 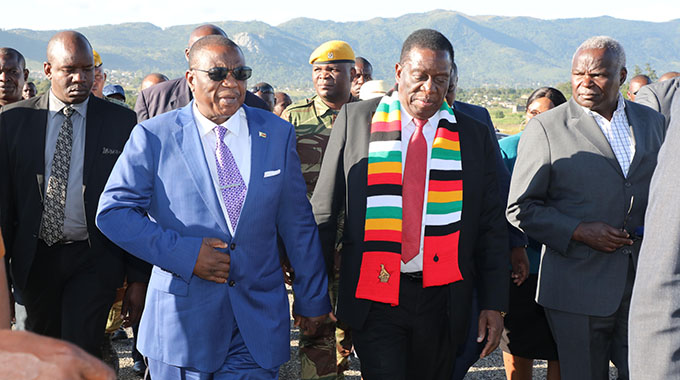 Chipinge was hard hit in terms of water supply and the hospital there is the one where most people from affected areas were taken to.

From Chipinge, the VP will then proceed to Ngangu for the President Mnangagwa key note address.

Another delegation that was supposed to be led by Vice President Kembo Mohadi will leave Mutare for Cashel at Mutambara Hospital.

From Cashel the delegation will go to Nyahode river where there was a badly damaged bridge. Until this week, rescuers were not able to go beyond that river by road either with food or to evacuate people.

The delegation will then go to Chikukwa which is the most isolated area right now by road. Evacuation of people or delivery of food is still by helicopter.

From Chikukwa the delegation will proceed to Ngangu. Another team of political parties will depart Mutare heading towards Mhandarume near Wengezi where there is a bridge which is now passable.

The delegation will fly over Nedziwa and Muusha and land at Nyahode bridge before proceeding to Kopa. After Kopa the helicopter will go to Ngangu for the Presidential address.

According to the programme, another team will land at Mhandarume before heading to Silver Stream and then to Ngangu.

Another team will depart Mutare for Biriiri and then Chipinge. From Chipinge the team will go to Kopa before proceeding to Ngangu.

The delegations will also end up in Ngangu, the ground zero of the Cyclone Idai damage.