CCC leader Nelson Chamisa has urged his supporters to avoid needlessly exposing themselves to possible physical harm by ZANU PF activists as cases of politically-motivated violence increase ahead of the 2023 elections. 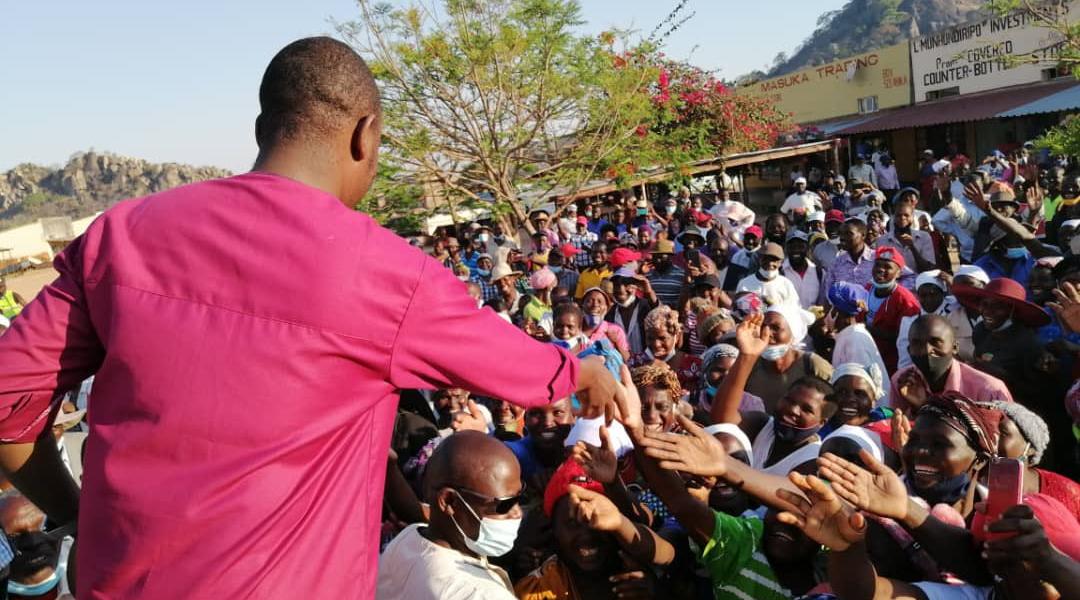 Addressing a Press conference in Harare on Friday, Chamisa, whose campaign rally in Gokwe on Thursday was blocked by rampaging ZANU PF activists, told his supporters to adopt what he termed “Operation Mango — green outside and yellow inside”.

By adopting the mango strategy, CCC members would pretend to be ZANU PF supporters in public while remaining opposition at heart. Said Chamisa:

They have localised violence to make sure that they will stop me. I want to say to ZANU PF, I will go anywhere, and everywhere, you will not stop me.

I have been telling people that if they want to kill you for T-shirts, don’t worry about them. Let’s go Operation Mango — yellow outside, green inside. Why?

To preserve yourselves. Be ZANU in their slogan, be ZANU PF wherever you are going, but show and maintain your integrity to support the change.

In spite of the violence, Chamisa vowed to “fight peacefully” for his constitutional rights. He said:

You are not the owners of this land. Zimbabwe belongs to Zimbabweans. Mr (Emmerson) Mnangagwa, accept fair competition, don’t resort to your tactics that you have been using.

They will not work. I can tell you that I am ready to fight peacefully.

Just in the past six months alone, it’s shocking that we have had over 26 arrests of mainly opposition leaders. Just in Gokwe alone, 13 people were injured. I saw all of them.

Government ministers are behaving like thugs. They literally incite violence, sponsor violence and coordinate violence, which is very unfortunate. What we want is to insist on peace.

As I have said, rural areas have become centres of mass victimisation. Intimidation and terror against citizens, particularly those that are in the alternative are on the rise. Our chiefs are in trouble.

Village heads are in trouble. They are being subjected to incessant harassment. Food and support from the government are being weaponised.

Violence has also become a big issue. The human rights situation in the country has gotten to another level.

What is clear is that the subject of the matter is human rights in rural areas. People do not have access to basic services.