Limpopo fatal bus crash: driver nabbed as he tries to flee to Zim 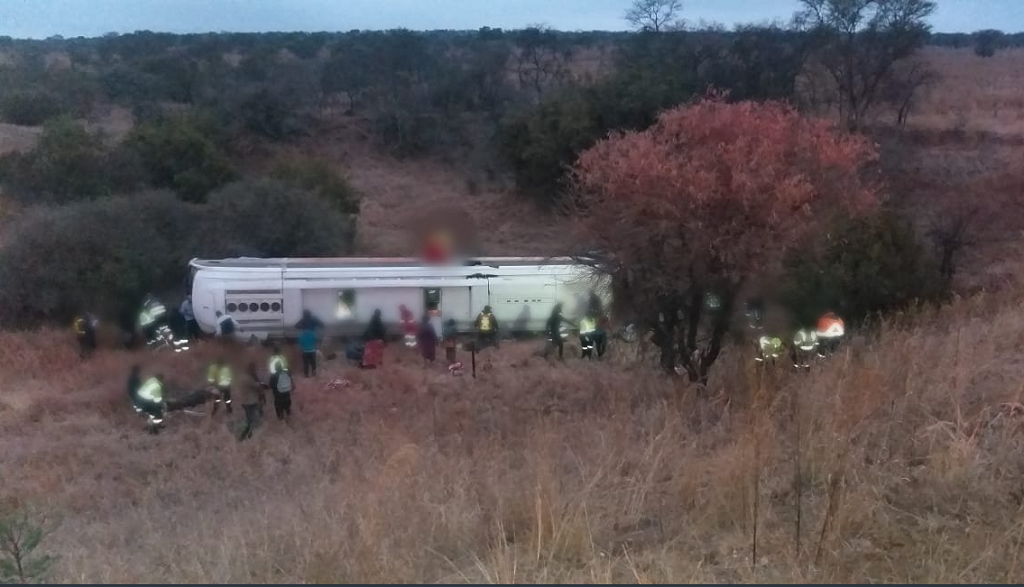 The driver will appear before the Polokwane Magistrate Court on Tuesday, facing nine counts of culpable homicide.

PRETORIA (ANA) – The bus driver of the Intercape international coach which crashed in Limpopo, killing 10 people, has been arrested as he attempted to return to Zimbabwe, police said on Monday.

“The police in Westenburg, outside Polokwane, have arrested the driver of the bus involved in this horrific accident. He tried to cross the border to Zimbabwe after he was taken to hospital with other 51 injured passengers for medical treatment,” said Colonel Moatshe Ngoepe, Limpopo provincial spokesperson of the South African Police Service.

“As the process of intensive investigations by the police was unfolding, especially on the possible cause of that accident, he then disappeared following his discharge from hospital and fled towards the Beit Bridge port of entry,” explained Colonel Ngoepe.

“The police were then tipped-off, they swiftly responded and subsequently, the driver was caught hidden inside the goods trailer trying to illegally cross the border to Zimbabwe.”

The driver will appear before the Polokwane Magistrate Court on Tuesday, facing nine counts of culpable homicide. Ngoepe said additional charges may be added.

“His arrest follows a culpable homicide [case] where nine passengers lost their lives during a bus crash which occurred along the N1 South road in the early hours of  Friday. It is alleged that the bus was travelling from the direction of Polokwane towards Gauteng province when the driver lost control and it overturned,” said Ngoepe.

The bus was carrying 61 occupants including the driver and crew.

Police said the identification process of the deceased was still underway.

Intercape bus company released a statement on Twitter regarding the Limpopo bus crash, saying it was cooperating with ongoing investigations.