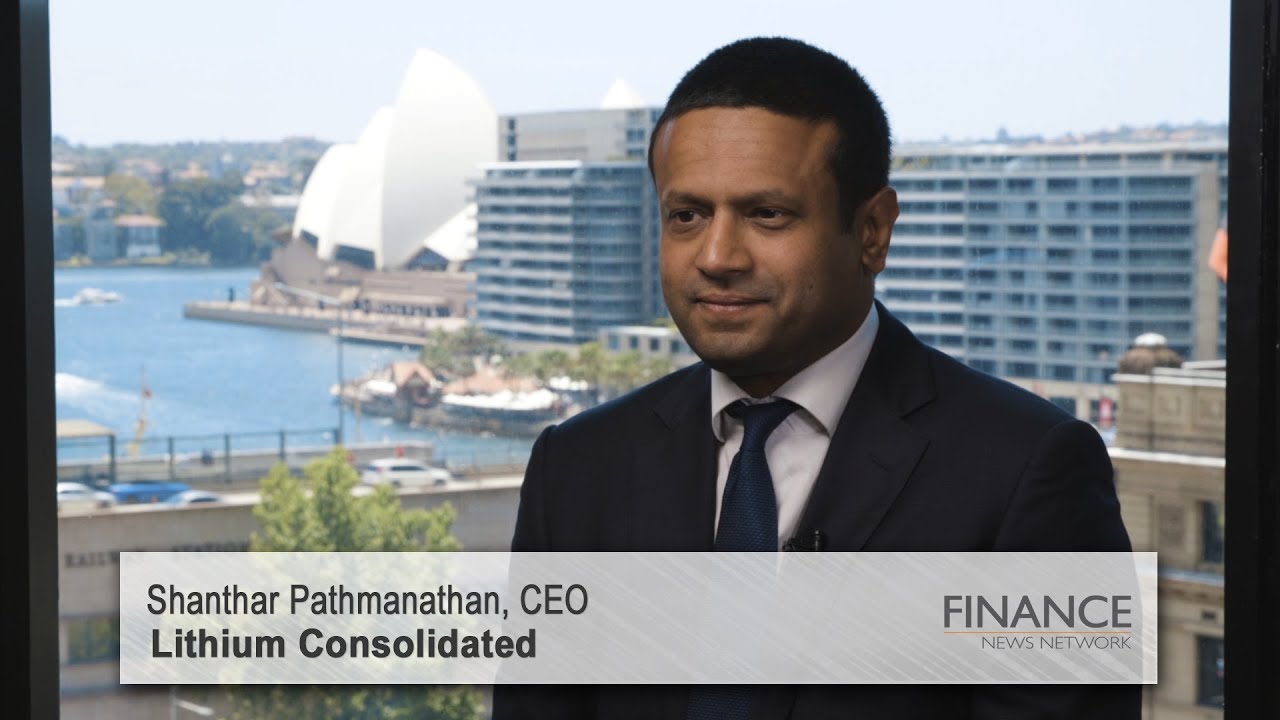 Jessica Amir: Thanks for tuning into the Finance News Network, I’m Jessica Amir. With me today from Lithium Consolidated Minerals Exploration Limited (ASX:LI3) is CEO, Shanthar Pathmanathan. Shanthar thanks for coming and welcome back.

Shanthar Pathmanathan: We’re progressing excellently at the moment. We’ve done tremendous work behind the scenes to reposition the company in African hard rock lithium. The process to reposition the company started in July 2017, shortly after IPO. We have now emerged as a significant African hard rock lithium company. We’ve pivoted out of lithium brine. As our initial shareholders would be aware, we started off as a lithium brine company with assets in Nevada, Botswana and South Australia.

We have relinquished our assets in Botswana and South Australia, believing those assets to be not very prospective. We continued to hold our Nevada asset. But our focus, our capital efforts, will go into African hard rock lithium and also into our Western Australian hard rock lithium assets. We are very strongly positioned; we see a lot of opportunity for the company in Africa.

Jessica Amir: Speaking about Africa. Why is Africa attractive for a lithium explorer?

All of our assets are based on historical artisanal mines, where tantalite was mainly mined artisanally. So the mineralisation is essentially proven. We of course need to do the work, the exploration work, to understand how much lithium is there. But there’s a tremendous opportunity and we’re now dealing with real assets, with real mineralisation at surface. We think Zimbabwe and Mozambique will become significant lithium provinces in the world and will dominate lithium supply, hard rock lithium supply. And we are truly well positioned as a company, in these two provinces. We are now the number one listed lithium company in Mozambique. And we are the number two listed lithium company in Zimbabwe, in hard rock lithium.

Jessica Amir: What’s planned at your projects in Africa?

Again, we’ve got multiple assets in both countries. So that could see us with a deep pipeline of drilling targets and us drilling continuously, in Zimbabwe and Mozambique. We will also be looking at acquisitions and we have a deep pipeline of acquisition opportunities. So there’ll be plenty of activity and news to come from the company in 2019, from an exploration perspective and also from an acquisition perspective.

Jessica Amir: Just give us an update on the potential small-scale mines that you’re looking at purchasing, in Zimbabwe?

Shanthar Pathmanathan: As part of our broader strategy to build a globally significant lithium portfolio, and to consolidate our position in Zimbabwe and Mozambique, we’ll be doing acquisitions. But the first of these acquisitions has already been announced, it is the acquisition of the Bepe and Kondo mines in Zimbabwe. These are mining licences, which were historically mined for tantalite. All I can say is that the due diligence is now ongoing, the process is going well. We have observed visible spodumene mineralisation, which is the relevant lithium mineral that we’re looking for in outcrops and at surface, at the Bepe mine.

Jessica Amir: What should investors know are the potential sovereign risks, in Mozambique and Zimbabwe?

Shanthar Pathmanathan: We look at sovereign risk very differently. The traditional notion of sovereign risk in terms of any risk to our title, we don’t think exists in either Zimbabwe or Mozambique. These are resource economies and there has been never an instance of a foreign company, losing title to a mining property in Zimbabwe, or Mozambique. We, however, do see sovereign risk very differently as I’ve said. We see this as a management issue. The business environment in Zimbabwe and Mozambique is different to Australia and the United States. It is arguably slightly less efficient, so it’ll require more close management of our assets and our people in Africa. We see it as a management issue for the company.

Jessica Amir: Lastly Shanthar. What message would you like to leave with investors today?

Shanthar Pathmanathan: I would like to finally talk about our strategy as a company. We see a special opportunity in lithium. We’re the beginning of the lithium age and there are truly world-class, tier one, potential assets, available globally. We think they’re in the frontier provinces now. We intend to seize on these opportunities and in particular, in Mozambique and Zimbabwe. Mozambique will become a flagship province and there’ll be more to come on this, in the next year.

The company would like to execute on a similar strategy to John Rockefeller and John Paul Getty, at the beginning of the oil industry. Two pioneers of the oil industry, who had built hugely valuable oil portfolios. We intend to do the same in lithium and build a hugely valuable lithium portfolio that will deliver long-term value, for our shareholders. Our shareholders have given us a mandate to invest in lithium; we intend to create as much leverage to the lithium market as we can. And we intend to do this through having multiple assets in Mozambique and Zimbabwe, two truly world-class provinces. We intend to establish a controlling position in Mozambique and Zimbabwe, which we think will dominate lithium supply in the future.