1136: President Mnangagwa has finished his address and we also conclude our updates. Thank you for joining us.

1135: “Cde Chigudu knew the value of peace, we pay tribute to him by keeping peace….I applaud the people of Zimbabwe for keeping peace and harmony. I would like to urge you to continue paying attention to the Covid-19 rules…..voting and democracy are enjoyed by the living not the sick. The Government is worried about the growing cases of ritual killings of minors…equally worrisome are the growing cases of armed and violent crimes….I have ordered our security arms to deal with such misdeeds severely,” said President Mnangagwa.

1129: The President said the fact that Brig-Gen Chigudu is being buried in October is quite significant because it’s the month SADC stands with the country to fight the illegally imposed sanctions on the country. 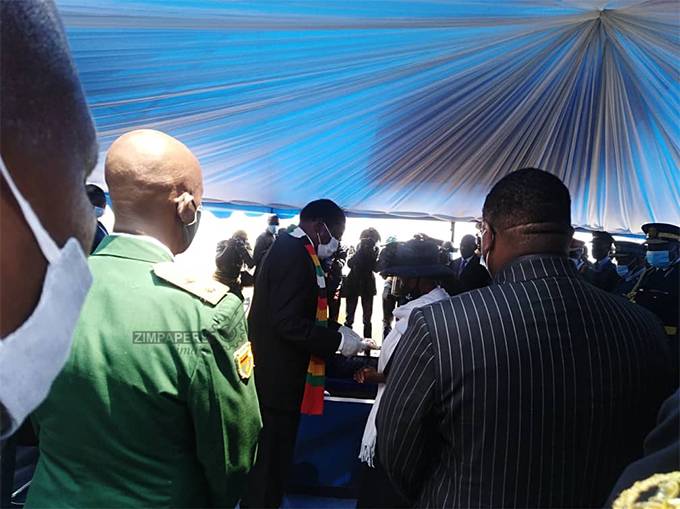 1127: “Isu tasara, ngatirambei takabatana…in defence of our hard won independence. Violence, destruction of property and making Zimbabwe ungovernable can never be democratic and that is not what we fought for,” said President Mnangagwa.

1125: The late national hero taught fellow cadres and went to the war front to engage colonial forces. The President applauds his acts of gallantry, bravery and hard work which saw him rise to Platoon Commander.

1123: He joined the liberation struggle in 1976. The oppressive system of companies in the colonial era led to him and his colleagues teaming up to join the war in Mozambique.

1120: “The defence and security establishment and the nation at large are poorer without him…he was a fearless veteran. After independence he transformed himself into a loyal soldier..dedicated to our sovereignty,”

1118: “Allow me on behalf of the party, Zanu-PF, Government, and the people of Zimbabwe, my family and on my own behalf to pass my condolences…together we’ve lost an astute military man…indeed a fearless cadre. May his soul rest in peace,”

1112: Family representative, Chief Chigudu, thanked President Mnangagwa and Government for conferring the national hero status to his brother. Chief Chigudu, who is also a Retired Major in the Zimbabawe National Army said his brother was diabetic since 2012. He described his brother as an obedient and trusted cadre who would be missed in the family.

1053: Proceedings begin with a prayer from Reverend Godfrey Musara. Rev Musara said Brig Gen Chigudu had received Jesus and was a deacon in the Seventh Day Adventist Church.

1042: The body is now being taken to the Tomb of Unknown Soldier before official proceedings begin. 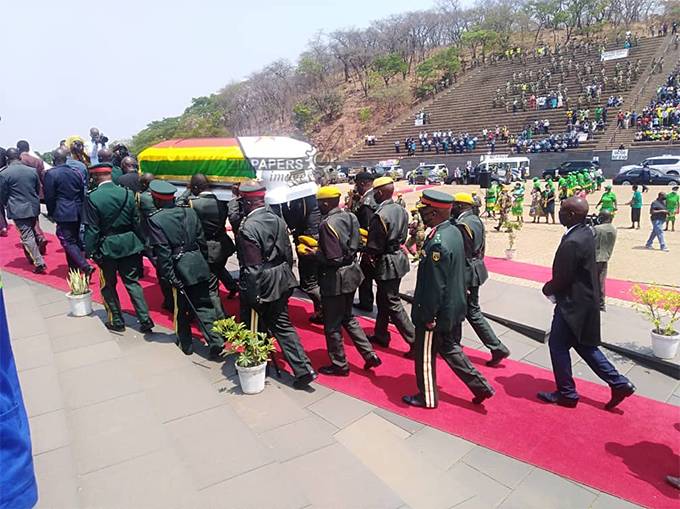 1039: The body of national hero Brig Gen Chigundu has now arrived at the national shrine for burial amidst ululation from colleagues, relatives and mourners. President Mnangagwa is accompanying the body. 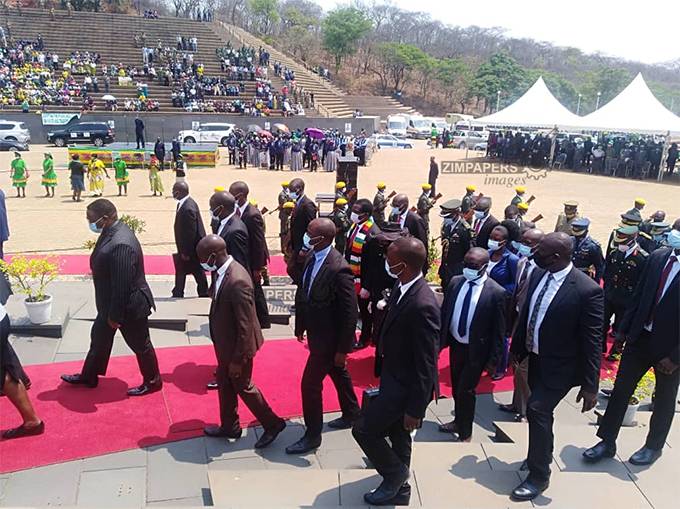 1029: Mourners are being entertained by various groups that include musical choral groups. 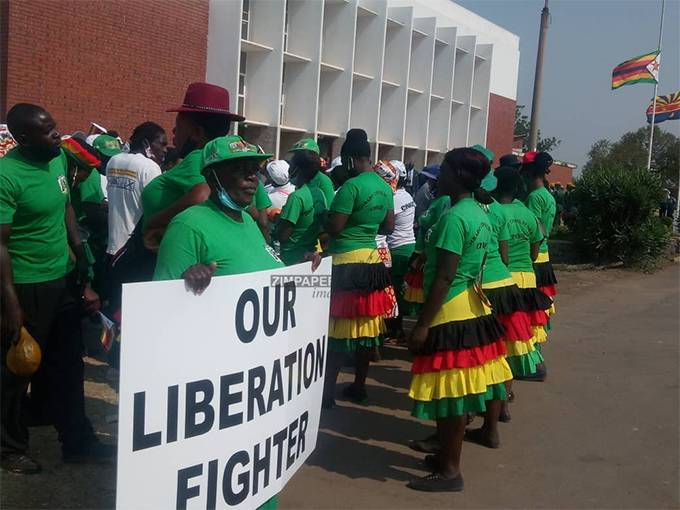 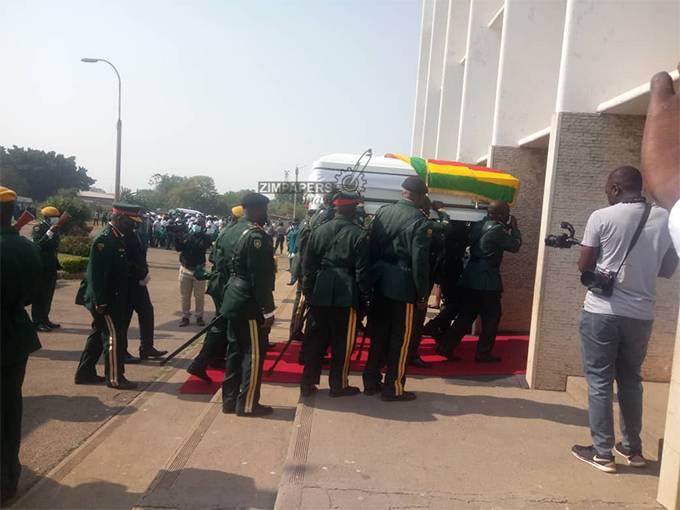 The body being taken into the Stodart Hall

0840: The body of the late national hero Brigadier General Ruphus Chigudu has arrived at Stodart Hall for body viewing in Mbare, Harare.

Competition for PWDs on the cards