0955: We are at the 19th Zanu-PF Annual People’s Conference that is being held at Bindura University of Science Education (BUSE) in Mashonaland Central. 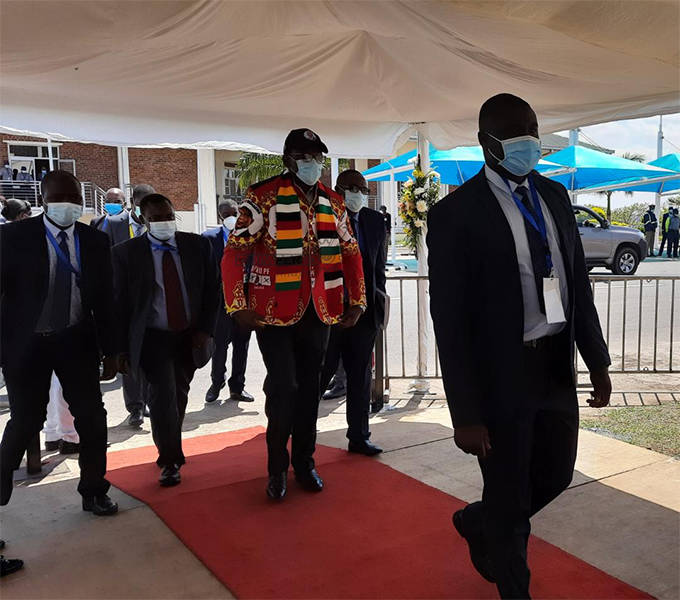 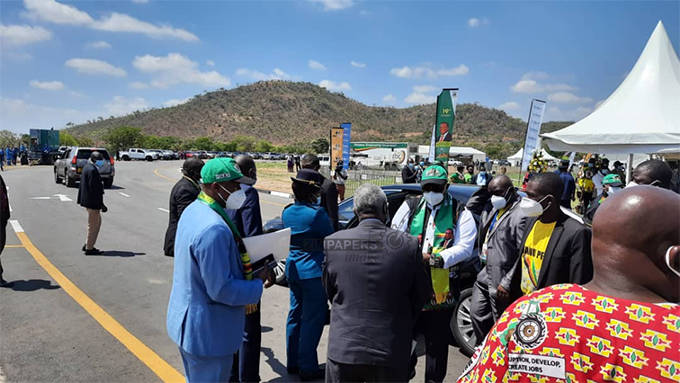 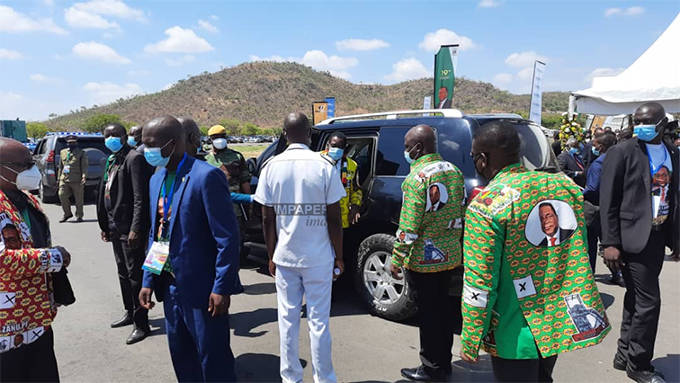 1045: President Mnangagwa has planted a tree at the BUSE grounds as part of the tradition to mark the start of the Annual People’s Conference.

1209: Cde Mohadi is now giving his remarks and will subsequently introduce President Mnangagwa to make the keynote address.

1218: Cde Mohadi starts his remarks to introduce the President by chronicling the president’s political journey from his youth up to the present. 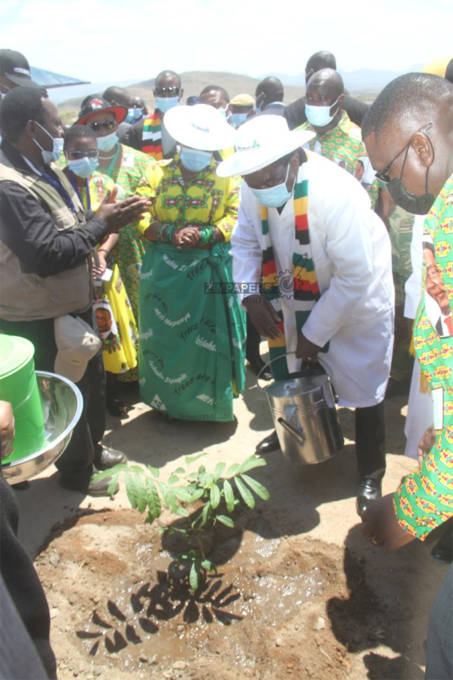 1220: Cde Mohadi says that President is a man of his word, who has demonstrated his ability by rebuilding the country brick by brick. He adds that the President’s administration has seen many projects such as the ongoing rehabilitation of roads which he says is being done without external borrowings.

1223: President Mnangagwa is now delivering his keynote address to mark the official opening of the 19th Zanu-PF Annual People’s Conference. 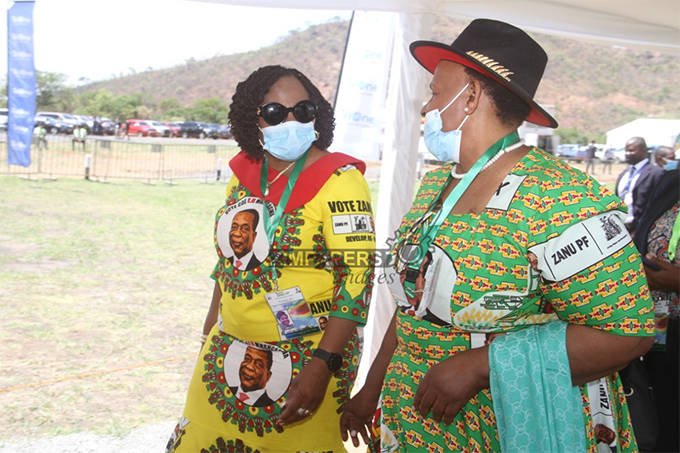 1226: President Mnangagwa starts by reading out the conference theme: “Growing and Modernising the Economy Towards Vision 2030”.

1228: The President says that this year’s conference is being held both virtually and physically due to the Covid-19 pandemic. 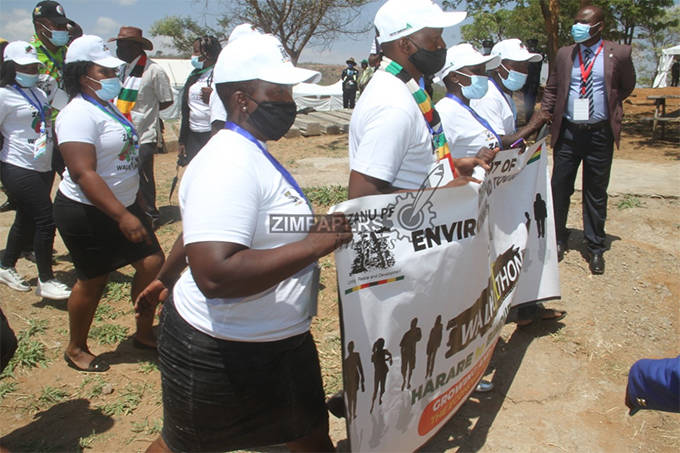 1236: The President has commended all party structures for organising successful demonstrations against the illegal sanctions. He says that the Second Republic’s thrust is to achieve national development without leaving no one and no place behind. 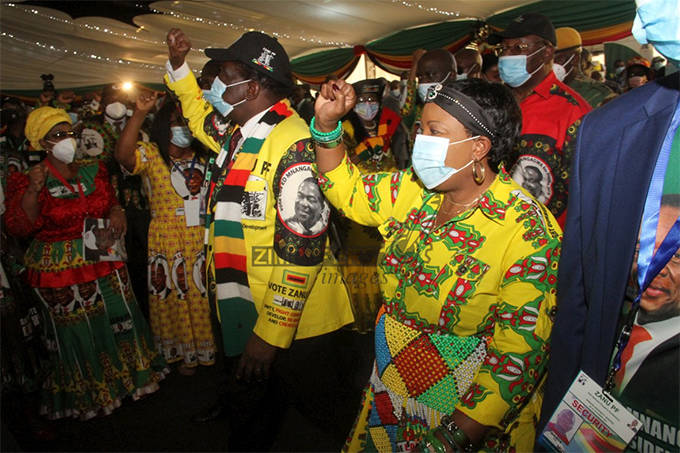 1242: The President says that in line with the 2018 elections manifesto and previous conference resolutions, Zimbabwe’s economy is expected to grow by 7.8% which is the highest in the region.  He reiterates that his government will continue offering support to the Agricultural sector through programmes such as Pfumvudza, irrigation programmes and various animal husbandry initiatives.

” We need to scale up strategies for our farmers to produce for the export market.”

1254: President Mnangagwa says that the Covid-19 pandemic has led to the adoption of important innovations such as the oxygen plant in Mutare. The President also noted the various value addition projects that have already been commissioned in rural areas.

“More factories will be set-up going into the future” 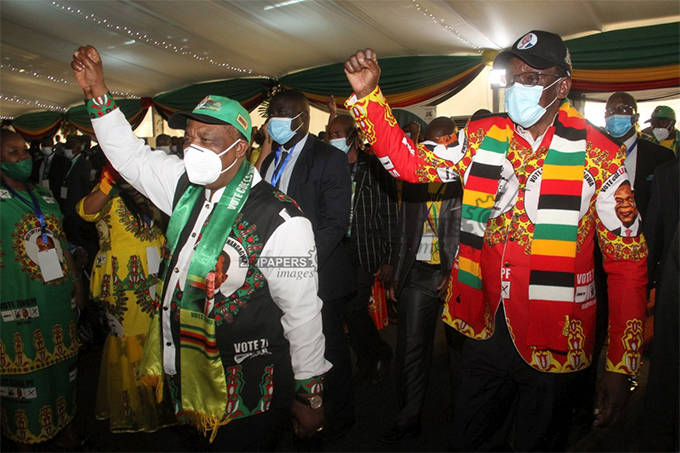 1256: “New mines are being established while those previously closed such as Eureka and Shamva mine are being re-opened.”

President Mnangagwa says that Government’s ERRP program will rehabilitate roads in both urban and rural areas.

“Very soon we’ll be opening the Beitbridge Border Post and then move on to other borders.  We want all our borders to be state-of-the-art.”

1304: “Government is constructing more schools especially in rural and farming areas. No child should walk for more than 5km to school.”

1311: President Mnangagwa says that the party remains unwavering in creating opportunities for youths and women.
“Gender-based violence has no place in our country.”

1314: The President says that the re-engagement process is yielding positive results especially with the EU and member states.

1316: The President says that he is happy that the country’s position against illegal sanctions has been vindicated by the visiting UN Special Rapporteur.

1318: The President concludes his keynote address by saying that, “We must silence our detractors by voting overwhelmingly for Zanu-PF in 2023.”