Edmore Kanyangira narrates his ordeal after he was robbed at gunpoint and shot on both legs in Glen View, Harare, while his wife Theresa Toto looks on.— Picture: Justin Mutenda

Herald Reporters
A kombi-load of machete-wielding robbers attacked a well-secured Glen View 1 home of a Harare foreign currency dealer last week, critically injuring the dealer, his brother and father, while a smaller gang with a firearm attacked another dealer in the same neighbourhood, shooting him once on the side of the head and twice in the leg.

The first three are still in critical condition in hospital where they were rushed once police were summoned, while the dealer who was shot thrice, Edmore Kanyangira, is recuperating from home.

The raids are part of a growing spate of armed robberies against homes of people known to be currency dealers or owners of cash-rich businesses, with police pleading with the public not to keep cash at home.

The incidents in Glen View are among a spate of crimes committed by armed gangs most of whom are using machetes.

On Saturday, a policeman was killed while on duty in Battlefields near Kadoma and had his body chopped by members of a machete gang that also left a  fellow police officer injured.

Home Affairs and Cultural Heritage Minister Kazembe Kazembe yesterday assured the nation that police will bring all those behind the machete attacks to book.

“The police are seized with the matter and investigations are ongoing. The perpetrators will be brought to book in accordance with the law. We urge people to desist from taking the law into their own hands,” he said.

“Crimes are committed by people who live within our communities, people we probably know. We have a collective responsibility to ensure that there is peace and tranquillity in our country. I, therefore, urge all peace loving Zimbabweans to work and cooperate with the police to bring the culprits to book.”

On the Glen Viw incidents, the first well-planned assault by the gang of more than 15 started around midnight when the kombi pulled up at the gates.

Gang members leapt out and used hammers to break gate locks and hinges. Once through the gates, they switched to axes to chop through the main door and gained entry. 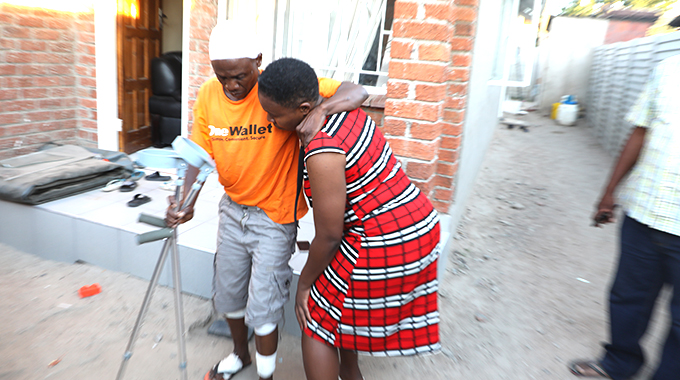 Inside, armed with machetes and iron bars, as well as hammers and axes used to gain entry, they struck the man and his family, getting away with $9 000, a laptop, car keys and cellphones.

A resident, who spoke on condition of anonymity, said the gang was travelling in a commuter omnibus when it raided the house around midnight.

“We were woken up by a loud banging noise as the gang used hammers to force open the gate,” he said. “When they managed to enter the yard, they used axes to strike the main door.

“The gang warned neighbours not to come out of their houses. They were told to mind their own business.”

Mr Fungai Mutasa, said he was inside his house when he heard noise next door.

“The group was making a lot of noise and when we decided to go out to investigate, we heard some of them threatening to deal with anyone who got in their way,” he said.

He said he feared for his family as he was not sure whether or not the gang would also raid other houses in the area.

After ransacking the dealer’s house, the gang disappeared into the darkness.

People in the area said they now fear for their lives, especially moving around during the night.

Said Mr Leroy Chigogo: “With all such incidents that have happened in this area, it’s now not safe to move around during the night as you can

be attacked. Police should increase patrols during the night.”

When The Herald visited Kanyangira at his home yesterday, his wife and children were still in shock.

“I heard noise at around midnight when a gang of about four broke into my son’s room and demanded to know where we kept our cash,” he said. 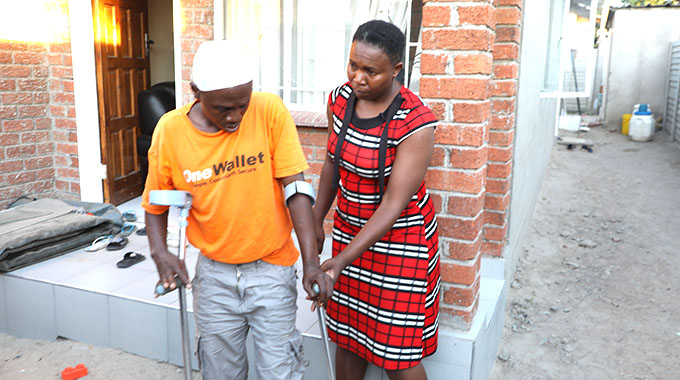 Edmore Kanyangira with wife Theresa Toto, who were robbed at gun point in Glenview.-Pictures: Justin Mutenda

“After assaulting my son (21), they proceeded to the dining room, grabbed my daughter and demanded cash, while threatening to kill her. I confronted one of them and managed to overpower him.

“During the struggle, three other robbers came in and started assaulting me, demanding to know where I keep my cash. When they realised I was not giving in, one of them instructed the others to kill me. That is when they shot me first in my left leg and later in the head, but fortunately the bullet only grazed my head.

Since the beginning of the year, there have been reports of murder and violence committed by machete-wielding gangs in gold-rich areas across the country in what seemed to be gold panner wars.

But of late, machete gangs have been targeting people dealing in cash in Harare suburbs.

Since the beginning of the month, machete gangs have attacked people in Glen View, Zengeza, Kuwadzana and Mufakose.

On Saturday, a policeman was clubbed and hacked to death and his colleague was seriously injured, while defending workers at Good Hope Mine in Battlefields from an invading machete gang.

Following the attacks in the city, police yesterday conducted crime awareness campaigns, urging people not to keep large amounts of money in their houses.

“We would also want to urge members of the public to desist from keeping large amounts of cash in their houses or moving around with it,” he said. “They should also avoid discussing issues involving cash with other people as they might end up being robbed.” 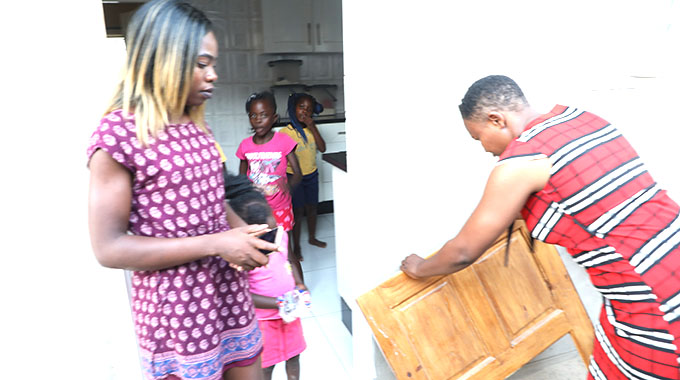 Asst Comm Nyathi said people should also beef up security at their homes.

The incidents come after early this month, another gang raided the house of a fuel dealer in the same area and got away with cash.

They also come hardly a week after a machete gang terrorised residents of Kuwadzana.

Early this month, a machete-wielding gang killed a man at Zengeza 2 Shopping Centre, Chitungwiza, for allegedly flirting with a sex worker they had hired for the night.

Asst Comm Nyathi said people moving around carrying dangerous weapons like machetes intending to harm police officers and other people can only have themselves to blame when the full wrath of the law falls on them.