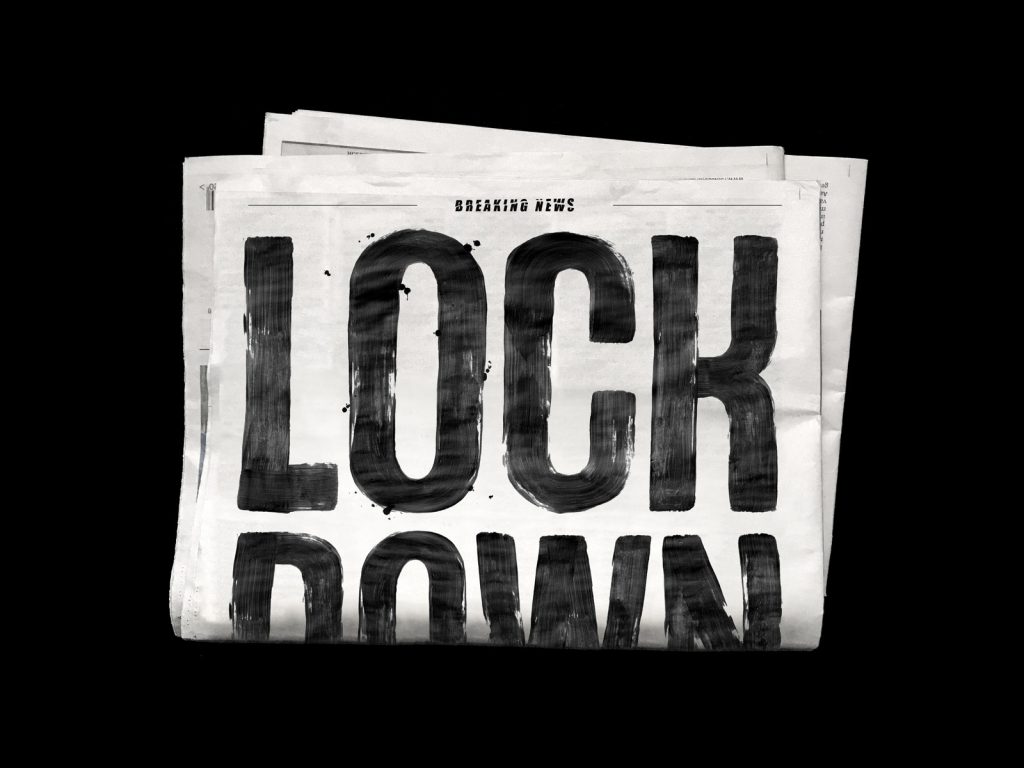 MANY ordinary Zimbabweans in urban areas appeared to have heeded the calls by authorities to stay at home, as the country’s second hard national coronavirus lockdown came into effect yesterday.

News crews from the Daily News who sought to establish the extent of compliance with the latest tough Covid-19 measures in urban areas were met with largely empty streets in Harare, Bulawayo and other major towns across the country.

This was a major contrast to the hustle and bustle that are the usual themes of daily life in all these cities, as the 30-day Covid-19 hard lockdown began in earnest.

This also came as police warned that they would further tighten security at all checkpoints, following attempts by some motorists to sneak into the central business districts (CBDs) of Harare and Bulawayo without due cause.

Ahead of yesterday, there had been fears that many people would resist the latest lockdown, especially after hundreds of residents of Harare’s high density suburb of Mbare recently defied authorities and violated Covid-19 rules by attending a music jamboree there — at a time that the number of people succumbing to the virus is increasing rapidly.

As a result, chuffed police yesterday paid tribute to the public for heeding the tightened regulations which were announced at the weekend amid spiralling cases of the lethal respiratory disease.

“Generally the public cooperated with the police, observing most of the regulations except for a few individuals who were avoiding checkpoints and walking into the CBD.

“We warn these people that they risk being arrested if they continue doing that.

“We further call upon the public who are not providing essential services to stay at home to ease transport problems and to ensure that officers manning roadblocks are not overwhelmed,” national police spokesperson, Paul Nyathi, told the Daily News.

He also said law enforcement agents regretted the delays at some checkpoints, which had affected some learners who were writing final exams.

“We call upon parents to make prior arrangements with their local police stations, to ensure that they have the necessary documents so that schoolchildren are not inconvenienced,” Nyathi added.

In Harare, the usually buzzing CBD was eerily quiet as the majority of small businesses and companies that do not provide essential services were closed.

There was no sight of the usual army of vendors along pavements, as police made heightened patrols in and around the city centre.

However, and rather disconcertingly, police said they had noticed a significant number of cars in the CBD which should not have been there.

Commendably, people and motorists in most high density suburbs heeded the call to stay at home. For example, Mbare, was quiet — with the usually busy places such as Mupedzanhamo fleamarket, Siya So, Magaba and the main bus terminus closed.

While the famous Mbare Musika fruit and vegetable market was open, the number of people there was within the prescribed limits.

In Highfield, most shops were open. At Machipisa Shopping Centre, people queued outside the shops while adhering to all regulations — including wearing of masks.

It was a similar situation at Gazaland where most people, including mechanics, were going about their business — although a few there did not have masks.

Ditto Warren Park, where a few people could also be seen in the streets without masks, while the popular Mereki braai spot was deserted.

In Bulawayo, no nonsense police turned away hordes of people who wanted to access the CBD without the requisite justification and documentation.

Several arrests were made of people who had entered the CBD without permits. By 3pm, when business closed, the city was deserted.

A few people who spoke to the Daily News hailed the police for the “thoroughness” with which they vetted people going into the CBD.

“We have gone back to the previous lockdown where security forces did not tolerate any unreasonable movement.

“As for me, l was stopped for quite some time until my boss called to confirm that l work in a pharmacy. It’s not business as usual,” pharmacist Temba Ndlovu said.

There were roadblocks along all roads leading to the city centre, with very tight security in the western suburbs. Zupco buses were thoroughly inspected before passengers re-boarded.

This comes after authorities toughened the national coronavirus lockdown at the weekend, in the wake of soaring deaths and the rapid spread of the deadly respiratory disease, which has so far killed about 383 people — with nearly 50 of those coming last week alone.

In addition, the operations of all businesses — except those providing essential services — were once again suspended for 30 days, as authorities battle to curb the spread of the lethal disease.

The re-imposed dusk-to-dawn curfew means that people are prohibited from being out and about between 6pm and 6am, except for those providing essential services.

In addition, supermarkets will operate from 8am to 3pm. But air travel and essential land transportation across borders for trucks will continue under the new measures announced by Vice President Constantino Chiwenga, who is also the country’s Health minister.

Authorities have said they will not tolerate dissent and criminal activities by either security forces or the public during the lockdown.

On Monday, they signalled their seriousness when  police suspended four senior officers for dereliction of duty, after they failed to stop the New Year’s eve music jamboree which attracted thousands of people in Mbare last Thursday — in flagrant violation of coronavirus restrictions.

More than 50 people — who include popular Zim dancehall producer DJ Fantan, and David House International promoter Boss Dammer — have since been arrested for organising the alleged Covid-19 super spreader party.