Makamba on the ropes . . . Businessman hauled to court . . . Manyere closes in on Telecel stake 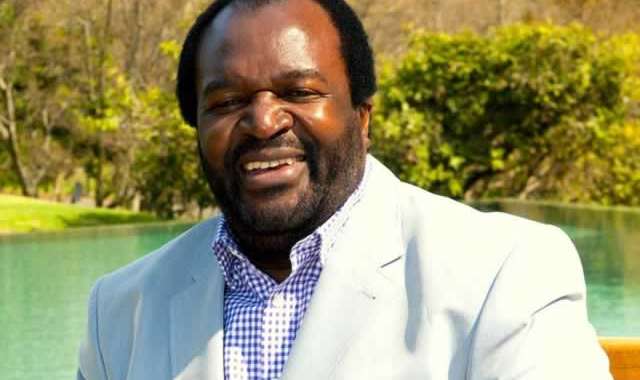 The demand for $2,75 million from Dr Makamba comes at a time when, as previously reported by our sister publication Business Weekly, the businessman is claiming that he still holds shares in Empowerment Corporation despite indications that he sold them.

Court papers seen by The Herald Business show that Mr Manyere is demanding $2,75 million which was the deposit for the purchase of a loan of $6,6 million made by Kestrel to EC.

The deposit was supposed to be paid within nine days of the signing of the share purchase agreement.

The agreement provided for the payment of the $3,75 million balance on closing of the share purchase agreement.

Court papers show that the deposit was paid, but the conditions of the share purchase agreement were not satisfied and the agreement was formally cancelled on January 25, 2015.

On the same date, Brainworks entered into an agreement for the purchase of Empowerment Corporation’s 40 percent stake in Telecel Zimbabwe, but the agreement was again terminated.

The repayment of the $2,75 million deposit remains outstanding and on October 13, 2016, Brainworks entered into a memorandum of understanding with EC, Dr Makamba and Kestrel, setting out the terms on which the deposit would be repaid.

Brainworks has since filed papers at the High Court, demanding that Dr Makamba immediately repays the $2,75 million plus 12 percent per annum interest calculated for three years.

The accumulated interest amounts to $1,15 million bringing the global figure to $3,9 million.

High Court papers date stamped April 13, 2018, indicate that Dr Makamba must appear in court on April 25 if he fails to make the repayment.

However, he can challenge the claim.

Insiders say Dr Makamba had securitised the Telecel shares in one way or another for a number of different debt arrangements.

Mr Manyere’s claim is based on a loan agreement executed by Kestrel represented by Dr Makamba on March 24, 2016, but effective from March 24, 2015. Documents show that $2,75 million, together with interest, is payable to Brainworks.

But on February 1, 2017, Brainworks ceded all its rights, title and interest in the aforementioned receivable together with interest to Mr Manyere, making him the lawful beneficiary of the loan agreement.

Mr Manyere, who is represented by Mutamangira and Associates, paid for and assumed Brainworks’s rights, title and interest in the receivable.

On the loan’s maturity on March 19 this year, Mr Manyere demanded payment from the defendant of the loan amount together with interest.

“You are called on to satisfy the plaintiff’s claim immediately, by paying the amount claimed to the Deputy Sheriff or to the plaintiff.

“If you do not do so, you must appear, either in person or represented by a legal practitioner, in the High Court of Zimbabwe at Harare at nine o’clock in the morning on April 25, 2018 to answer to the claim.

“Before the date you may file a notice of opposition, together with one or more supporting affidavits with the ‘Registrar of the High Court at Harare’,” reads part of the court papers.

Another first mortgage bond to the tune of $1,375 million in favour of Brainworks over number 677 Rumbavu Drive, Glen Lorne, Harare was also given by Kestrel. Previously, Dr Makamba has been charged with contravening the Exchange Control Act.