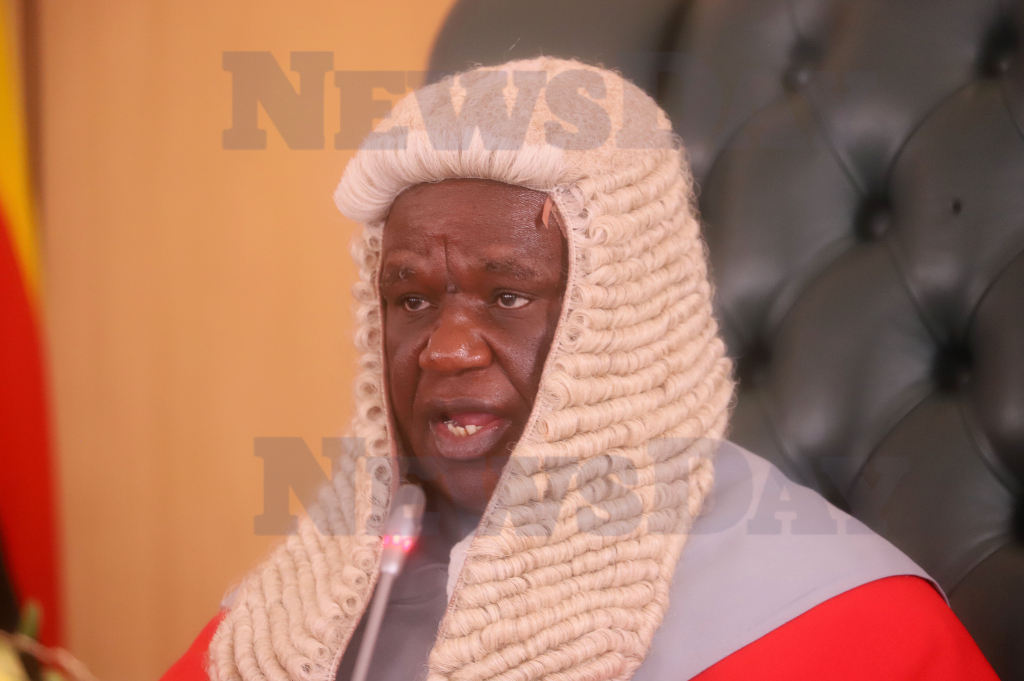 POLITICAL analysts yesterday said the spirited efforts by Chief Justice Luke Malaba to remain in office have dented his dignity and legacy.

Malaba has been fighting to retain his job after the High Court ruled that his term of office ended when he turned 70 years on May 15.

The court said the extension of his term of office by five years by President Emmerson Mnangagwa following constitutional amendments was illegal.

Government has appealed the ruling and Malaba resumed to official duties, leading to another court battle on allegations that he was defying the High Court ruling.

A ruling on the latest court challenge was postponed after a hearing last Thursday.

“Our personal value system has the ingredient of the sense of shame. What Malaba is doing has dented his professional integrity, dignity and legacy. Some people are of the view that he must just withdraw and retire peacefully,” political analyst, Eldred Masungure told NewsDay yesterday, adding that the best thing now would be for Malaba to retreat with honour and retire.

“I would say he should consider retiring with integrity and professionalism in order to leave while his dignity is intact. He should do so honourably. He is addressed as ‘Your Honour’ and he should retire with that title, not shame.”

Political analyst and veteran journalist Methuseli Moyo said the publicity around Malaba’s issue had a negative impact on both his person and the Office of the Chief Justice.

“It has gone too far. Malaba has served the legal fraternity so well. He loses nothing by choosing to go, in my view. If he wins, fine, but he has been stigmatised. He should leave with what remains of his dignity. It is not because it is as if it is personal for him, yet that is a key national office whose reputation must always be protected,” Moyo said.

“My advice would be, ‘Look Justice Luke Malaba, you have done your part. Leave amicably. Your office and person has been politicised. It is dangerous to remain there’.”

Norton MP Temba Mliswa also took to Twitter, where he said the best way was for Malaba to “stop the circus” and resign.

“It’s only proper for CJ Malaba to stop this charade, resign and retire peacefully and gracefully. There’s no need for this circus. It’s a political mess. His integrity and dignity are at stake. He served the country well during his tenure and his retirement would be my best advice to him,” he said.

“Retiring at this point doesn’t make Malaba weak, but the credibility of the office and the nation at large must come first. It’s politicians like (Justice minister Ziyambi) Ziyambi who’ll push him unnecessarily, but Malaba can always be appointed to sit on the PB [politburo] if Zanu PF really wants him. This circus has honestly become pathetic to witness.”

The matter is far from over after little-known Zanu PF youth league member, Marx Mapungu, who is being represented by lawyer Lovemore Madhuku also filed an application with the Constitutional Court last Friday seeking to nullify a judgment that ended Malaba’s term as Chief Justice.

He said he believed that Mnangagwa acted constitutionally when he accepted the medical report on the mental and physical fitness of Malaba and extended his term.