EFF leader Julius Malema’s tweet containing “racist” quotes next to a picture late Zimbabwean Robert Mugabe has been found not to have violated Twitter’s rules, Malema has posted. 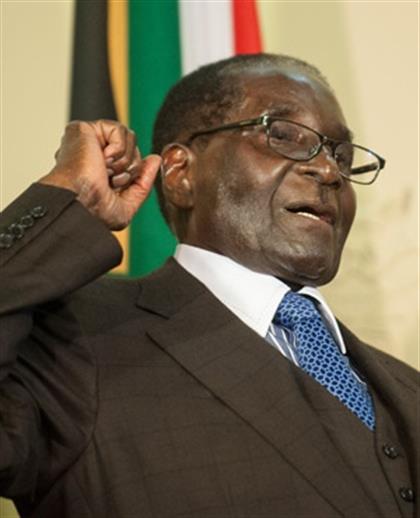 EFF leader Julius Malema’s tweet containing quotes next to a picture late Zimbabwean Robert Mugabe has been found not to have violated Twitter’s rules, Malema posted on Sunday.

He posted a note from the social media company telling him that there had been a complaint about his slideshow of Mugabe quotes, hashtagged #Gushungo, after Mugabe’s family totem.

The words on one slide, “The only white man you can trust is a dead white man”, next to a picture of Mugabe, was flagged by a DA leader Atholl Trollip as “racist” and “incendiary”.

“The @SAHRC  always, flatters only to deceive spectacularly. Because they are conflicted by trying  to comply with the wishes of the ANC government & not our CONSTITUTION. Malema’s racist invective is not only offensive, unconstitutional and vile, it’s also dangerously incendiary,” Trollip’s tweet continued.

Malema posted a note, with the words “Stratcom” and #Gushungo, to show that there had been a complaint over his post and that it had not broken rules.

Mugabe died in Singapore on September 6 at the age of 95. His funeral service was held on Saturday, attended by African leaders.

Comment was not immediately available from the SA Human Rights Commission on whether any complaints had been received over the post.

Newer Post
VIDEO: Consulting, junior doctors & nurses down tools after the abduction of a colleague
Older Post
Robert Mugabe family backs down over burial after ‘threat to Grace’