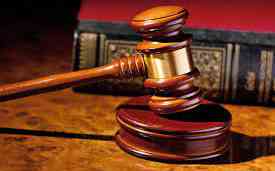 It is alleged that sometime in October this year, the accused person left his property at his uncle’s place at number 9767 Unit H Seke, Chitungwiza for safe keeping.

The State alleges that on December 4, at around 1600 hours his uncle Chester Chindandari searched the accused’s property and found 3 X 12 bore live ammunition cartridges.

The uncle confronted the accused who shouted at him for searching his property.

Chindandari then reported the matter at Zengeza police station, leading to the arrest of the accused.

He was found in possession of 3X 12 Bore live cartridges of ammunition when the police officers searched his bag.

The State alleges that there are witnesses to testify on the matter.

Pardon Dziva prosecuted for the State.