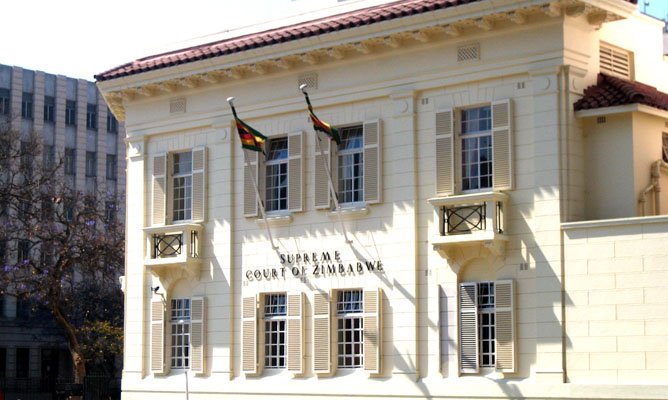 The Supreme Court has delivered a landmark ruling allowing managers to unionise, paving way for the registration of the Banking and Finance Manager’ Union of Zimbabwe (BFMUZ) to form a union.

The judgment was delivered by Supreme Court judge Justice Bharat Patel, sitting with justices Ben Hlatshwayo and Anne-Mary Gowora in a matter involving the Bankers’ Association of Zimbabwe (BAZ) and the BFMUZ.

It follows an appeal by BAZ after the Labour Court ruled in favour of the bank managers, who had petitioned the court, through BFMUZ, seeking to be allowed to join and establish their own trade union.

BAZ, however, appealed to the Supreme Court arguing that the Labour Court had erred in allowing BFMUZ the right to form a trade union since it was not allowed to be registered as a trade union by virtue of section 45(1)(b) of the Labour Act and in terms of public policy.

But in its judgment, the court said: “The Labour Court was eminently correct and justified in concluding that the registration of the first respondent (BFMUZ) would not be against public policy, but would instead enhance justice and the public interest.”

Justice Patel said with particular reference to section 45(1)(b)(i), the Minister (of Labour) made it clear that the provision was to be amended because it was inconsistent with the Constitution to the extent that it barred managerial employees from belonging to a trade union.

“The court aquo (Labour Court) in endorsing the determination of the Registrar, also had regard to the same rationale underlying the amendment of section 45(1)(b(i). There is no doubt that both the Registrar and the Labour Court were entirely correct in taking that approach,” Justice Patel said.

In answering the question of public policy, Justice Patel said he concurred with BFMUZ’s lawyer advocate Thabani Mpofu, that measures had already been put in place to ensure that BFMUZ’s members would continue to observe their dual role of being employees in their own right and at the same time representing and promoting the interest of employers.

“Any manager who fails to perform his duties within the bounds of confidentiality will obviously be disciplined in terms of the lawful mechanisms available to the employer. Having regard to my observation and conclusions above vis-à-vis the right to unionise under the Constitution and the Labour Act, I see no cogent reason to disagree with the first respondent’s (BFMUZ) submissions in this respect,” the judge said.

“Given all of the foregoing, it seems to me that public policy considerations would militate radically against compelling managerial staff to belong to the Banking Employees’ Association of Zimbabwe (BEAZ). On the contrary, they weigh heavily in favour of managerial employees being allowed to establish and join their own particular association in the shape of BFMUZ.”

The judge also said there can be no doubt that a managerial employee is an employee for the purposes of an employment code of conduct that is expressly made applicable to all employees.