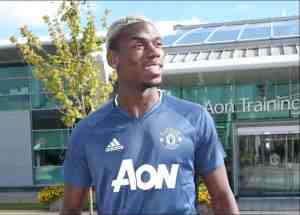 Paul Pogba, the prominent Manchester United midfielder, has revealed that he is not dating anyone. The reason is quite simple — he has no time.

The Frenchman also told that, for now, his mother is his best girlfriend. She helps him in everything, and still, this woman does not require constant attention.

In addition, Paul Pogba emphasized that he wanted to have kids very much. However, his constant focus on football does not allow the sportsman to organize his personal life.

The 24-year-old midfielder also told that he wanted to have a girlfriend long ago. However, he was afraid of the fact that the relationship would suffer because he was constantly away from home. “For now, I cannot afford to love a lady because I love football. When the time comes, I will tell the whole world about it,” summarized the footballer.