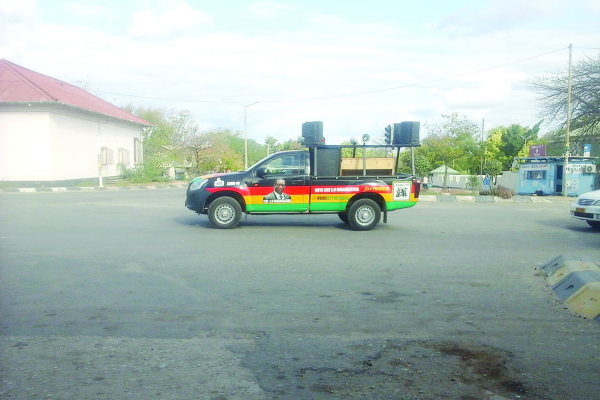 THE majority of Zanu PF supporters in Mashonaland East province has warmed up to stalwart Noah Mangondo’s return ahead of the forthcoming highly-contested primary elections for the party to choose a parliamentary candidate for Murewa South constituency.

During the 2018 elections, Mangondo, who was Zanu PF former central committee member, contested as an independent candidate and narrowly lost to Matiza.

Reports say Mangondo was invited to rejoin the ruling Zanu PF party, and has since been welcomed back as a cell member during an inter-district meeting

The move has since caused confusion to the electorate in Murewa South, which is now confused whether Mangondo will contest on a Zanu PF ticket or as an independent candidate.

Provincial secretary for adminstration Kudzai Majuru yesterday confirmed the return of Mangondo, saying he would not contest on a Zanu PF ticket, according to the party constitution.

“Mangondo applied to rejoin the party and was accepted together with the likes of one Pasirayi, (Joseph) Kamwendo and one Nheweyembwa. There were actually 14 returnees. According to the dictates of the constitution and the supreme organ of the party, currently yes, he won’t be allowed to contest. We read the riot act and all the circulars to all who re-joined the party,” he
said.

“If he (Mangondo) submits his CV [curriculum vitae], we will gladly accept it, do our recommendations as a province and forward everything to the supreme organ for final decision. This is how it works.”

During the 2018 primary elections, Mangondo’s name was omitted on the ballot paper, which ignited a protest from the electorate in the constituency.

Mangondo yesterday confirmed that he had rejoined Zanu PF, adding that he would contest the primary elections.

“I am contesting in the Zanu PF primary elections. I will definitely submit my CV this week, they are open till Friday,” he said.

A top Zanu PF official in the province, who refused to be named, likened Mangondo’s case to that of Murewa North legislator Daniel Garwe and Mudzi South MP Jonathan Samkange, who all went solo before representing Zanu PF in the
elections.

“The highest decision-making body will waive Mangondo’s case, it’s possible. There is precedence. Garwe contested as independent in 2013, but he represented Zanu PF in 2018. We also have Samkange, he won as an independent, but is now Zanu PF. It’s food for thought,” the official said.

Meanwhile, Zanu PF has started receiving CVs from potential candidates ahead of a primary election to be held on a yet to be announced date.

Majuru told NewsDay on Monday that four candidates had since submitted their CVs with the deadline being this weekend.

If Mangondo is prohibited from contesting, youthful businessman Nyasha Masoka is likely to win with a wide margin against some of the candidates.