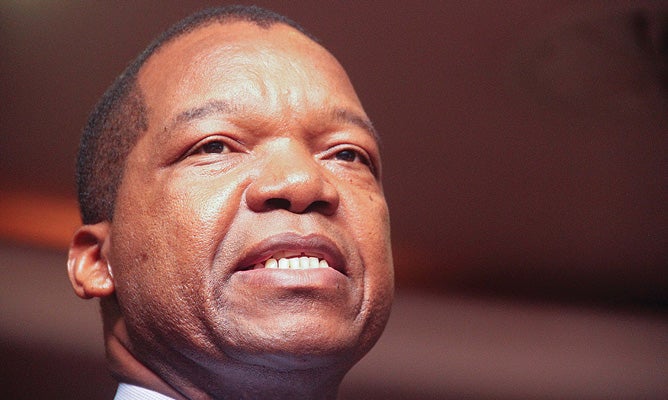 Reserve Bank of Zimbabwe (RBZ) governor John Mangudya was yesterday summoned by a Harare magistrate Lazini Ncube to testify in a matter where Kwekwe businessman Shepherd Tundiya is facing charges of defeating the course of justice.

Tundiya’s lawyer Ashiel Mugiya, however, put the State on notice that if Mangudya failed to appear in court on the next remand on October 21, he will apply for his client to be removed from remand.

Allegations are that on December 19, 2018, the informant reported a case of criminal abuse of office against MPs Temba Mliswa, Anele Ndebele, Prince Sibanda and Leonard Chikomba.

The MPs are alleged to have met Goddard and demanded a bribe of US$400 000 to help secure him a mining contract with Hwange Colliery Company.

The meeting had been facilitated by Tundiya.

It is alleged on January 23, 2019, around 3:3pm, Goddard allegedly received a call from Tundiya enquiring about his next visit to Harare and he indicated that he was visiting the following day.

Tundiya further advised the complainant that Mangudya wanted to meet him the following day.

Goddard, in the company of his company’s administrator, Douglas Mafukidze, allegedly met with Tundiya at Mangudya’s office.

The accused then proceeded to advise Goddard that their applications were being processed, and directed that he should withdraw the police report which he had lodged against Mliswa and other members of the Parliamentary Portfolio Committee on Mines as the charges would cause great embarrassment to Mangudya.