Manufacturing sector on brink of collapse

Source: Manufacturing sector on brink of collapse – The Zimbabwe Independent 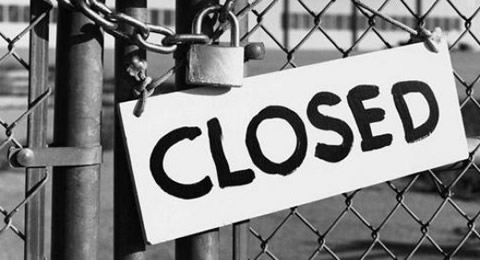 SOME of Zimbabwe’s largest companies have painted a grim picture of the country’s socio-economic situation, reporting a sharp fall in revenues, as the relentless economic meltdown intensifies.

This has pushed the manufacturing sector to the brink, diminishing hopes for a projected 7,4% economic growth next year.

So dire has the industrial crisis been that one of the country’s biggest manufacturers, United Refineries Limited, stopped production last week citing a worsening economic climate.
Zimbabwe’s largest industrial body, the Confederation of Zimbabwe Industries (CZI), has announced plans to retrench staff, while the Zimbabwe National Chamber of Commerce (ZNCC) has pleaded with government to pick up the business lobby’s bills.

At the heart of the crisis are continuing forex shortages, declining buying power and fuel and power supply bottlenecks, which have been compounded by the Covid-19 scourge.

Government had promised to intervene by injecting up to ZW$18 billion (about US$220 million) to help firms pull through, but it reneged on the pledge leaving hundreds of manufacturers in the red.

Employers responded by throwing one million workers out of jobs, with the tourism industry retrenching 25% of its staff, according to ZNCC.

The tourism sector had been promised ZW$500 million (about US$6 million) in state bailouts, but it may contract by 98% after government again reneged on its promise.

At least ZW$1 billion (about US$12 million) has been wiped out of the tourism sector since the Covid-19-induced lockdown came into force in March, according to the Hospitality Association of Zimbabwe.

Investment analyst, Samuel Mapuranga agreed this week that the virus had compounded a dire economic crisis in Zimbabwe, but the country must place its focus on rebuilding a shuttered industry.

An analysis of key industrial statistics released by big firms this week indicated that in the absence of action, growth would remain subdued as the country has failed to build the foundations on which industry will return to full-scale production to lift the economy.

Corporate data analysed by the Zimbabwe Independent this week revealed that these figures were only a precursor to the headwinds that have confronted firms since January.
Millions of United States dollars have been burnt, and chief executive officers in big listed manufacturers like BAT Zimbabwe, Nampak, Truworths and United Refineries Limited have raised the red flag.

In an interview this week, Truworths chief executive officer Themba Ndebele said industries lost a lot of production time from March, when the country went into a nationwide lockdown.
“Our revenues did not grow in line with expenses as we had no sales from 30 March to 15 May due to the lockdown,” Ndebele said.

Truworths controls some of the country’s largest clothing retailers like Topics, Number 1 Stores and Truworths MAN.

“Our major expenses were audit fees which are fixed, IT license fees which are fixed and United States-dollar-related and connectivity costs which are also USD fixed. In addition, fuel costs went up as they were realigned to the exchange rate. Covid-19 expenses came in which were not there in the prior year,” the Truworths CEO said.

The clothing chain escaped losses after tightening expenditure and reducing credit levels but slipping demand and the liquidity crisis saw inflation adjusted revenues fall to ZW$165,3 million (US$2,06 million) during the year ended July 31, 2020, from ZW$177,8 million (US$2,22 million) in 2019.

This trend was also confirmed by the packaging products producer, Nampak Zimbabwe which reported a 25% plunge in volumes on Tuesday, after running into serious foreign currency problems to import raw materials.

Nampak said the Covid-19-induced lockdowns and high inflation hammered production across a cluster of its key operations including MegaPak, which saw volumes fall by 12% and Hunyani which fell by 28%.

At CarnaudMetalbox sales volumes for the full year also declined by a massive 34% compared to the prior year.

“Group revenue and trading income results being expressed in Zimbabwe dollars, were significantly up in all three operating units, boosted by inflationary price increases,” Nampak said.

“This was despite lower sales volumes across all sectors of the business. The shortage of foreign exchange and reduced disposable incomes in the first half of the year impacted demand.

CEOs said even in those firms that reported profits, there was very little to read out of the financial statements as most of the sharp rises in revenues and profits had been underpinned by rampaging inflation, which hit 800% in the second quarter, before slowing down to 459% in October.

“Given the volatility of the reporting currency making the results very difficult to understand, a very good measure of performance is volume of which our tonnage was 22% down on prior year as at half year,” chairperson at the ZSE-listed logistics giant, Unifreight, Peter Annesley said.

Unifreight this week reported for the half year ended June 30, 2020.

“Given that some of our customers were shut down completely and many others were below 50% of normal trading volumes, I think we can be very grateful that we came out relatively unscathed and were able to remain profitable,” Annesley said.

“Our half-year results for 2020 were slightly disappointing versus our forecasted figures, but given the completely unexpected downturn created by Covid-19 shutdowns in April and May, we are pleased to report an inflation adjusted profit before tax of ZW$19 million which is 18% above prior year.”
BAT Zimbabwe, one of the region’s biggest cigarette processing firms, projected gloom going into 2021, after seeing total sales volumes decrease by 8% during the third quarter ended September 30, 2020.
“The aspirational premium brands, Newbury and Kingsgate volumes declined by 33% compared to the same period in prior year. The value-for-money segment, (Madison and Everest) and low value-for-money brand (Ascot), saw a decline of 5% and 43% respectively. Despite the volume decline, net turnover, in hyperinflation accounting terms, increased by 31%,” BAT chairperson Lovemore Manatsa said.
“While the trading conditions are expected to remain challenging for the rest of 2020 mainly driven by macroeconomic variables and the effects of the Covid-19 pandemic, the company believes that it will deliver value growth for its shareholders.”