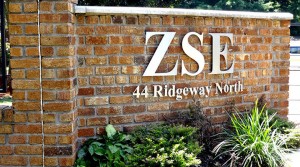 Foreigners were net buyers in all of the ZSE’s trading sessions since Thursday last week.

TURNOVER was low on the Zimbabwe Stock Exchange this week as investors exercised caution while waiting for the 2018 National Budget amid signs that foreign interest in local stocks was being rekindled.

An analyst with a MMC Capital, Kudzanai Samudzi, said the low turnover this week was a result of investors taking a wait and see approach as the nation waits for the 2018 budget set to be presented by the Minister of Finance today.

“Trading activity was relatively lower, with trades being concentrated in a few blue chip stocks. Our view is that a lot of investors were seeking further policy direction from the 2018 National Budget, hence the wait and see approach. Pronouncements will likely be very material and the direction of the market will hugely depend on the outcome of the policy measures. Key inputs in equity valuations, in order to ascertain whether to buy or sell stocks, are driven from such,” said Samudzi.

Foreigners were net buyers in all of the ZSE’s trading sessions since Thursday last week. Foreigners bought shares worth $5,22 million during the period under review and disposed of holdings amounting to $1,93 million equating to net purchases of $3,3 million. This could be a sign of foreigners’ confidence in the new political dispensation.

Market capitalisation decreased by $800 million during the week to closer yesterday at $9,82 billion.