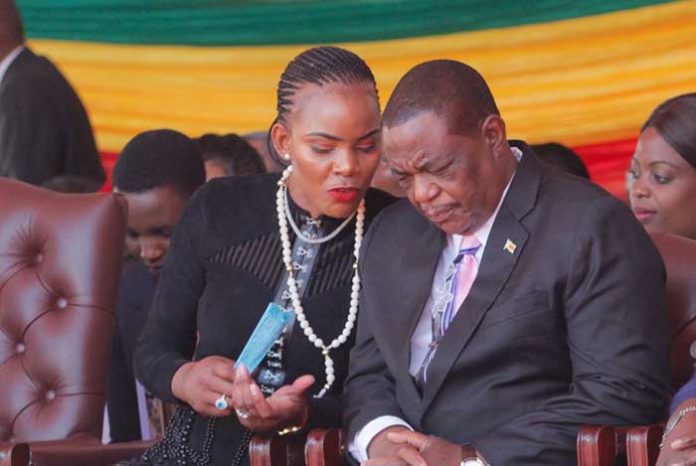 VICE-PRESIDENT Constantino Chiwenga’s estranged wife Marry Mubaiwa has appealed to President Emmerson Mnangagwa to intervene and help her have access to the couple’s children.

In a tweet yesterday, Mubaiwa accused Chiwenga of denying her access to the children for close to two years following their fallout.

“Little space and so much to share,” Mubaiwa tweeted yesterday.

“Almost two years and still being denied access to my children. I have been to the highest office and there is no assistance from there, so what now?”

Mubaiwa is out on bail over allegations of attempting to kill Chiwenga while he was on life support at a hospital in South Africa.

She is also facing money-laundering charges.

The former model is also being accused of assaulting her maid at Hellenic Primary School in Harare where the latter was collecting the couple’s children.

Recently, she wrote to Chiwenga, accusing him of fabricating the charges.

In the letter which she posted on social media, Mubaiwa accused Chiwenga of abusing his position and infringing her rights which include the right to freedom.

“If you care to read my message, please do so knowing that this is not a pity party (sic).  I want people around the world to know my current predicament. It is bad enough to be accused of a crime you (I) didn’t even know how it existed until the day it was read to me.  You eat and drink with the very same squad that created this grave fabrication, but because they say you are daft (sic). I used to be angry at you, but now, I just really feel sorry for you. You know in your heart that I never did any of the things you allege,” part of the letter read.

She accused her husband, who is also the Health minister, of influencing a local bank to withhold her funds to prevent her from seeking medical assistance.

Marry also claimed that Chiwenga was denying her access to her spousal benefits following their separation.

“My children suffer because of your abuse, blocking them from me and blocking me from them.  When you hate someone you do it with everything in your blood. Give me my children and my worth and let us move on. You are holding on to me with my worth that you are holding (sic).  Who knew that one day you would steal money from an account you claimed not to know two years ago?  An account you also had me arrested for because of your fake claims?

“Now you are taking money from it.  Maybe there is something that I am missing. They don’t even give me what they gave you at the bank US$20 000. I even struggle to pay my medical bills and yet they give you that much.”

Mubaiwa’s lawyers argued in court that she was not fit to stand trial and applied for the postponement of her cases.

She is suffering from lymphoedema, an ailment which causes swelling of hands and legs.