HARARE – Marry Mubaiwa has taken the war to her estranged husband, the vice president Constantino Chiwenga, after releasing a shock picture of the 65-year-old battling for life in a South African hospital bed in 2019 when she was accused of attempting to kill him. 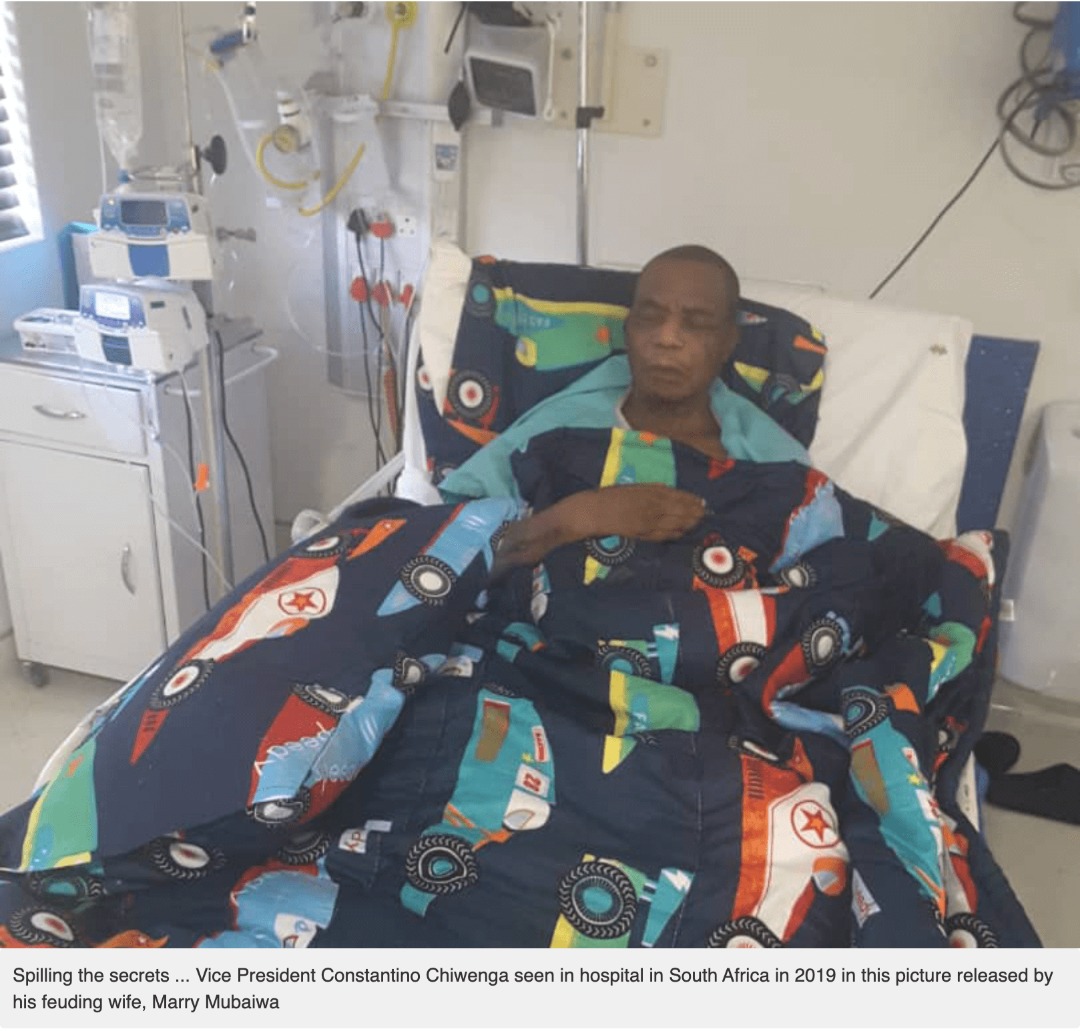 The 40-year-old former model, posting on Twitter, said the charge was fabricated.

“Which cables were removed from this guy?” Mubaiwa quizzed while posting a previously unseen picture of Chiwenga at the NetCare Pretoria East Hospital in South Africa before he was airlifted to China.

She added: “That is when he was in South Africa in 2019. Make your own analysis, the truth must come out.”

In the picture, the emaciated former army commander is seen with his eyes closed, wearing a hospital gown under a colourful duvet.

Mubaiwa is currently facing a slew of criminal charges, all triggered by her spectacular fallout with Chiwenga who filed for divorce after making a remarkable recovery in China from his undisclosed illness.

On top of the attempted murder charge, she also faces charges of money laundering, fraud, exchange control regulations breaches and accusations that she assaulted her former child minder.

The ailing Mubaiwa accuses Chiwenga of interfering at the courts which have denied her permission to travel to South Africa for treatment. She also says she has been barred from seeing her three children with Chiwenga for two years.