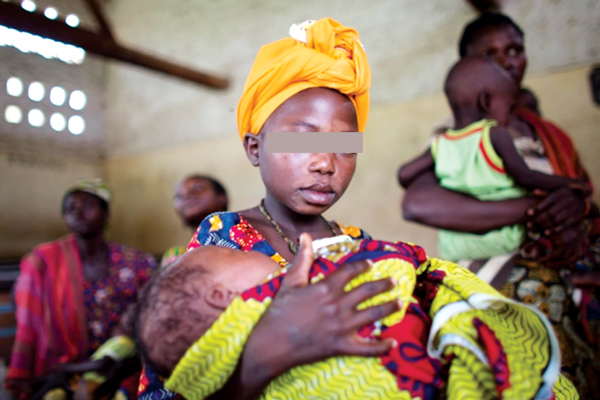 In her application for direct access to the Constitutional Court, Masarira she said the Justice ministry, the Johane Masowe Apostolic Church and the Women Affairs ministry had failed to protect the rights of the girl child.

The issue of child marriages was brought to the fore following the death of 14-year-old Memory Machaya at a Johane Masowe shrine in Marange recently.

According to the United Nations, one in three girls in Zimbabwe gets married before the age of 18.

The government has since introduced a Marriage Bill which contains provisions aimed at curbing child marriages by penalising perpetrators.

In her application, Masarira cited the ministries of Justice, Women Affairs and Home Affairs as well as the Johane Masowe Apostolic Church, and its leader Noah Taguta as respondents.

“The respondents have failed in their duty to protect the rights of the girl child, who remains exposed to the dangers of child marriage, due to their failure to align the marriage laws to the Constitution and international laws that protect the rights of children, to which Zimbabwe is a party,” Masarira submitted in the papers.

“Section 70 of the Criminal Law (Codification and Reform) Act [Chapter 9:23] encourages the practice of child marriages, allowing for sexual intercourse with children below the age of 18, thereby exposing them to health risks caused by child marriages which include sexually-transmitted diseases and early pregnancies.”

Masarira is seeking direct access to the Constitutional Court, together with Precious Musarurwa and Munyaradzi Midzi.

“The Ministry of Justice, Ministry of Home Affairs, Ministry of Women Affairs and the Attorney-General must be ordered to enforce the law and arrest and arraign before the courts any member of the Johane Masowe sect and Taguta, or any other religious or cultural groups and or individuals who officiates, encourages, participates and endorses child marriages face the law,” she submitted.

Masarira is also seeking that section 70 of the Criminal Law (Codification and Reform) Act be declared inconsistent with the provisions of section 81(1) of the Constitution of Zimbabwe and section 15 of the General Law Amendment Act [Chapter 8:07] which set the legal age of majority at 18.

She wants the Criminal Law (Codification and Reform) Act to be aligned with section 8(1) of the Constitution of Zimbabwe as read with section 15 of the General Law Amendment Act [Chapter 8:07] by increasing the age of consent from 16 to 18.