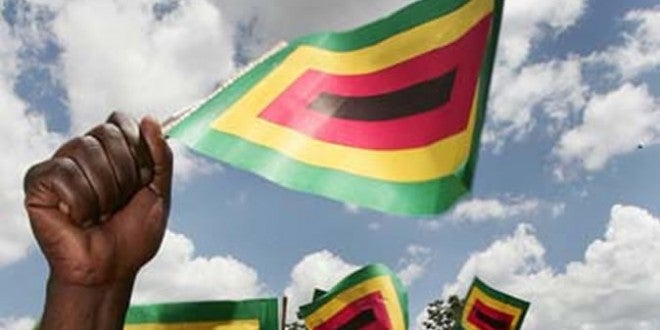 ZANU PF youths in Mashonaland Central province went on the rampage last week, destroying property as they clashed with artisanal miners in Glendale and Bindura.

On Thursday, the violent clashes resulted in two commuter omnibus hired by artisanal miners to escape from the area being burnt.

In Bindura, the youths had a meeting with Zimbabwe Republic Police officers before going into sex workers houses driving them away, vandalising houses and destroying property in the process.

“Indeed, we are driving MaShurugwi away from our province because they are causing unrest,” Farando said.

“The so called MaShurugwi are raping women, stealing vendors’ goods and illegally mining on private properties. That is not tolerated at all in the province because we are defending our President Emmerson Mnangagwa’s legacy by maintaining peace.”

Meanwhile, artisanal miners who spoke to NewsDay blamed the youths for attacking them because they were no longer paying homage to their leaders.

“What the youths are doing is very unfair. We use to pay tribute to Farando and his colleague John Ngwenya, but we decided to stop after they started demanding too much gold and money, hence they mobilised youths to attack us, but we will not fold our hands while being attacked because they have declared war and the battle lines have been drawn,” an artisanal miner, who spoke on condition of anonymity, said.

Farando distanced himself from the corrupt activities, saying some Zanu PF officials were in that habit and were now trying to tarnish his image.

“That is not very correct, yes, we have officials in our party, who are in that habit of collecting tribute, but I am nowhere near that. The guys are just trying to tarnish my image since I am the youth leader,” he said.

Bindura South legislator Remigious Matangira (Zanu PF), who is known for leading artisanal miners in Mt Darwin, bemoaned the attack saying the youths were actually attacking the President since he comes from the Midlands province.

“These attacks are not necessary. By simply driving another artisanal miner away simply because he or she comes from Midlands is nonsensical, considering that our President comes from Midlands. So in other words, the youths are actually attacking the President,” Matangira said.