Masvingo Residents Forum (MRF) successfully handed over a petition to the Masvingo City Council on the 11th of December 2020. 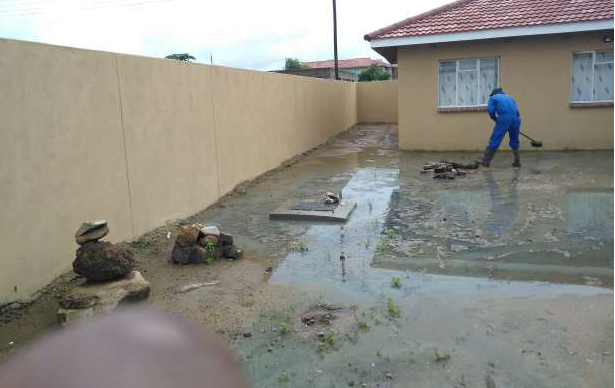 The petition was handed over to the Masvingo City council with over fifty residents at civic centre offices. Over the past years, Masvingo residents were complaining about poor service delivery being provided by the city council. Residents complaining that the health department takes days to attend to sewer blockages. In Pangolin, Mucheke A and Runyararo south west it has been a week after blockages were reported but no action was taken by the city health department.  A group of over twenty Masvingo Residents Forum members visited the city council observing social distance with a petition addressed to the city town clerk, all councillors, district administrator and the member of parliament. The residents highlighted that the city council is now runned by corrupt, incompetent individuals who are not willing to provide proper service delivery to its residents. In the petition the residents blame the council for failing to address their conscience and not prioritising proper services.

Since 2012 residents of Masvingo have been demanding for a secondary school in Rujeko but the council has done nothing up to date. Pupils staying in Rujeko walk long distances to acquire high school education in neighboring locations. Residents in runyararo and Victoria Ranch are sitting on a health time bomb staying fews meters close to the dumpsite. In the petition the residents pointed out that corruption accompanied by poor service delivery is now the legacy of Masvingo city council. More so the residents argued that there are numerous cases of corruption recorded the latest is the implication of council officials in a particular stand in East view and the unfinished mucheke main trunk sewer. Corruption in Masvingo Town Council has hampered service delivery. Service delivery deteriorated to unprecedented levels in Masvingo with residents going for days without water, while garbage goes for months uncollected. We note with concern that cases of corruption, water shortages, dilapidated and dysfunctional sewer infrastructure and unscrupulous stands allocations have continued to rise unabated.

Two of the members (Tamutswa Chikonyora and Tendai Diringwe) who had brought 20 litre buckets full of sewage to the town clerk were later arrested and detained at Masvingo Central Police station for two nights. The two had brought the raw sewage as evidence to the town clerk showing the way they are living with sewer blockage at their door steps each day. The two were later released on Sunday and they will appear in court by way of summons. Tamutswa Chikonyora who stays in Mucheke A argued that he reported a sewer blockage two weeks back but the council had not yet fixed the problem. After the petition on Sunday 13 and Monday 14 the council had managed to fix some of the blockage including the one in Mucheke A and Dikwindi Primary school.

The residents of Masvingo call for more vehicles and staff who attend blockages. The local authority had the systems in place for the management, but they need to be maintained on a regular basis to ensure they are properly functioning.  MRF observed that the blockage crisis is evident lack of proper planning, scoping, inspection, maintenance and evaluation of sewer projects leading to increased rates of sewer blockages.  The local authority is taking time to attend to sewer blockages contrary to the urban local authorities’ service which stipulate that it must take between eight to 24 hours to attend to sewer blockages.